Mikkeller Brewing San Diego will release at least one new, limited craft beer each week in 2017

Mikkeller Brewing San Diego is announcing its 2017 Limited Mikkeller San Diego Beer Release Series--with at least one new, limited-quantity craft beer being released in its tap room each week in 2017. The fresh, small batch-release beers allow Mikkeller to get creative with ingredients and explore new flavors for exciting brews. They will be available for purchase, while supplies last in the tap room, with stickers on cans a throwback to Mikkeller’s hand crafted approach reminiscent of his early days brewing in his kitchen.

The series will kick off on Thursday, January 12 with craft beer fans able to taste the first three beer releases—Fruit Face, Beer Geek Brunch and Uklar IPA—and meet internationally acclaimed brewer and Denmark-based founder, Mikkel Borg Bjergsø, who will be signing cans and bottles of the new releases and copies of his book, “Mikkeller's Book of Beer.” Release events will then be held every Saturday after that in 2017, starting on January 21, with limited quantities of cans or bottles available for purchase. 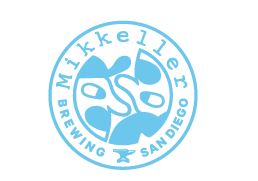