For our 8th anniversary, we’re taking the party on the road!

On June 28th, Cape May Brewing Company will be back where it all began: Cabanas Beach Bar and Grill on the Promenade in Cape May. Eight years ago, these folks took a chance on a new brewery at the airport, putting some of the very first kegs of Cape May IPA on tap, and we haven’t been off since!

In addition, you’ll be able to sample The Bog margaritas from Cabanas staff dressed in the height of fashion: tie-dyed t-shirts for the crew. And we’ll have D.J. Byrd on site, spinning the hottest tracks.

It’s gonna be a party for the ages. Don’t miss out! 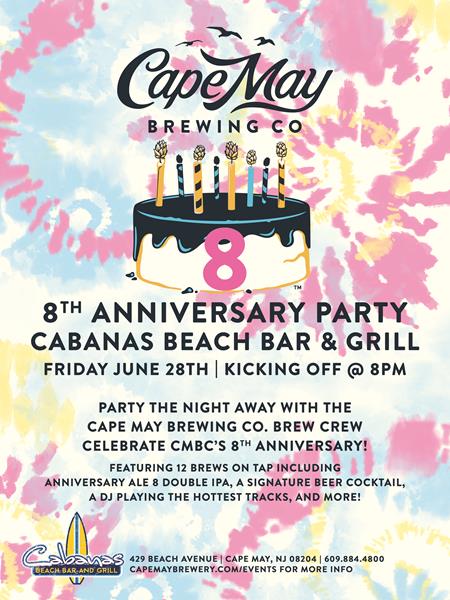