The dinner is $89.00 per person including tax and gratuity.

Maier hasn't been to Denver since the 2005 Great American Beer Festival. He joined Rogue just a few months after construction began on Rogue's Bayfront Brew Pub in 1989. The second course features Beard Beer, brewed with a yeast created from Brewmaster John Maier's beard. John has had the same old growth beard since 1978 and for over 18,000 brews, so it is no great surprise that a natural yeast ideal for brewing was discovered in his beard.

Six courses and plenty of beer... this is a night you won't want to miss! 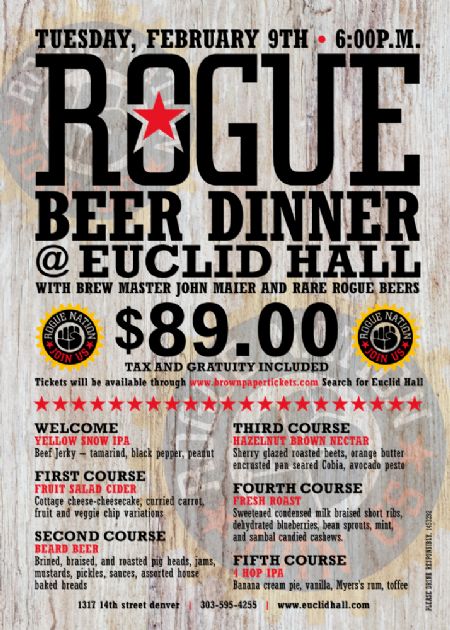