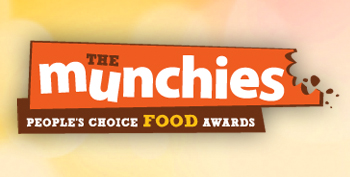 If you didn’t quite get your fill of ‘Beer Madness’ voting last month, you can now vote for America’s “Best Craft Brewery” in General Mills’ recently launched Munchies awards on taplespoon.com.

The awards honor 20 categories of the most delicious food experiences America has to offer. Included in in the ‘Delicious Destination’ group are five breweries up for the honor of “Best Craft Brewery.” The 2012 nominees include Brooklyn Brewery, Dogfish Head, Rogue Ales, Sixpoint Brewery and Summit Brewing Company.

Users can vote once per day until April 30th. Winners will be announced in May.