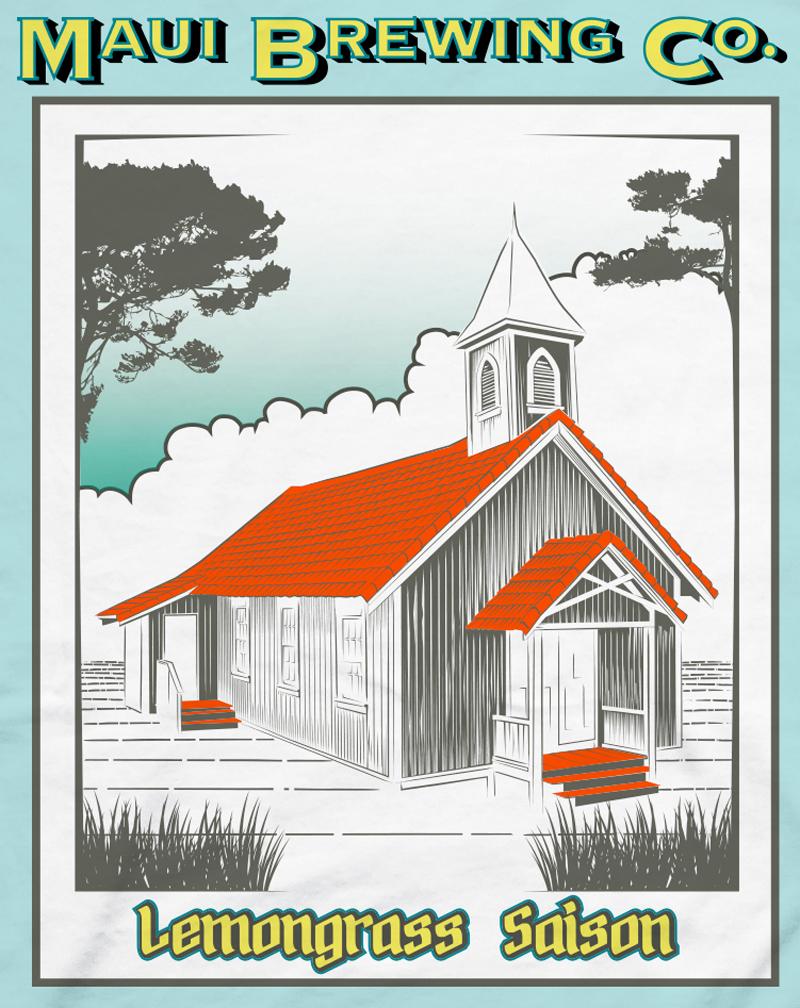 The Lost Abbey is a brewery located in San Marcos, California – famous for their Belgian-inspired beers. In total, approximately 500 barrels will be produced out of which approximately 400bbls will be canned and the difference to be available in draft.

“All market areas where MBC is distributed will receive product but specific allocations will be based on sales,” explains Garrett Marrero.

How did this project come together?

“Well, that was easy enough,” tells Garrett, “Tomme wanted to take his family on a little vacation and although San Diego isn’t bad in December, Maui is always a winner; and of course, we just had to brew together when he was on island. We have always wanted to can a saison so working with Tomme and Lost Abbey really helped put us on the 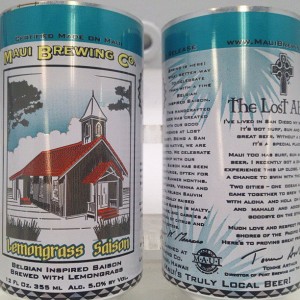 right path to build a great recipe for the style.” Lemongrass is a popular spring seasoning and Tomme and Garrett felt it would accentuate this traditional saison style. “The citrusy notes play well into the style. We also wanted to find a locally raised ingredient to showcase,” says Garrett.

Tony, our Brewpub Manager adds, “The lemongrass came from James Simpliciano’s farm in Ka’anapali. He is one amongst a group of local farmers using traditional Polynesian permaculture farming methods to sustainably grow food on lands once depleted by pineapple plantations.” A total of 150lbs of lemongrass was used for the whole project at a ratio of 30 lbs. per 100bbl batch. “That’s a lot of lemongrass. Our whole staff teamed up at different times to get the job done and it smelled great!” explains Darren, Director of Brewery Operations. “Tony assisted greatly in working with the local farmers to allocate the lemongrass and we even went into the fields to harvest some ourselves.”

This beer pairs well with “chilling outdoors with friends,” said Marrero. “Personally, I think it’s awesome with chevre and salads, and great with Thai foods.” The Lemongrass Saison artwork is a rendering of an old church in Kahakuloa on the northwest side of Maui — we played with the Lost Abbey theme a bit and added a little Maui to it.”