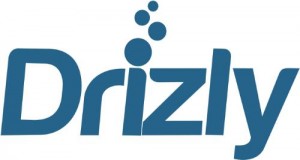 BOSTON, July 11, 2014 /PRNewswire/ — Consumers thirsty for an ice cold beer over theFourth of July holiday weekend turned to Drizly in record numbers to have their beverages delivered.

The Fourth of July is a critical week of business for brewers. According to the Wall Street Journal, “roughly a third of beer sales in the U.S. take place between Memorial Day andLabor Day, often making or breaking the year. The most critical week is that of July Fourth.”

Paired with the convenience of fast delivery, beer brands enjoyed a record holiday week on Drizly. Thirteen of the top 20 brands delivered by Drizly were beers, including the top five, and beer comprised 39 percent of total sales. Craft beers made up 55 percent of all beers sold the during the holiday week.

“Drizly can shorten the distance between beer brands and the consumers that love them,” said Nick Rellas, the co-founder and CEO of Drizly. “Drizly’s record week is further indication that beer, wine and liquor retailing is ripe for the shift to an on-demand economy.”

Drizly is a mobile lifestyle app that is the most convenient way for smartphone users who drink to get their beer, wine and liquor. Consumers of legal drinking age simply download the app to their smartphone and with a few taps of the finger, the consumer’s favorite beer, wine or liquor is on its way, in just 20-40 minutes. Delivery drivers then authenticate and validate IDs using Drizly technology. Backed by a world-class group of angel and institutional investors, the company has raised $4.8 million to become the premier app for alcohol delivery in Boston, Chicago, New York, Los Angeles, and other cities across the United States.