Surging freight costs, a shortage of long-haul truck drivers and new laws restricting the number of hours that drivers can be on the road are cutting into profits of beer companies and other major corporations throughout the United States.

During a July earnings call, Boston Beer Company chief financial officer Frank Smalla told investors and analysts that the company’s bottom line was taking a hit in the “low double-digits” of millions of dollars, which the company will look to partially recoup through price increases.

A month later, Craft Brew Alliance CEO Andy Thomas told investors and analysts that freight costs could lead to as much as a 50 basis point hit against the company’s gross margin.

Last month, Molson Coors’ U.S. business division, MillerCoors, cited a “national trucker shortage and rising fuel costs” as reasons for an 11 cents per case equivalent increase next year in its freight and fuel surcharge to wholesalers.

Holly Pixler, senior director of transportation and logistics for MillerCoors, told the MillerCoors blog that “there are 10 truckloads waiting to be moved for every driver available right now.”

“If I can’t secure a driver to go to a site, I’m literally not going to be able to deliver beer,” she said. “We haven’t gotten to that point yet, but it’s something every shipper is concerned about right now.”

Why are freight costs on the rise? A strong U.S. economy and growth in e-commerce have led to an increase in consumer spending and thus more demand for shipments. Meanwhile, low unemployment numbers have left fewer people willing to spend weeks on the road living out of a truck.

“It is challenging to get them to want to get into that truck,” Sierra Nevada director of logistics Stan Cooper told Brewbound.

Currently, there more than 500,000 over-the-road drivers — with an average age of 50 — delivering consumer goods across the U.S. As those drivers age and retire, the deficit is only expected to worsen. According to the American Trucking Associations, the shortage could hit 63,000 drivers by the end this year and as many as 170,000 drivers by 2026, Transport Topics reported.

The shortage may be even worse, if estimates of as many as 280,000 fewer drivers than needed being on the road come true, according to FTR Transportation Intelligence.

Among the reasons there are fewer drivers is a law that went into effect in December 2017 requiring all trucks in the U.S. to use electronic logbooks that monitor the number of hours a driver is on the road. The measure — enacted to reduce driver fatigue and strictly enforced — limits workers to 11 hours of driving time and 14-hour workdays. Violations can lead to fines of up to $1,200.

Bloomberg, citing a February survey of mostly owner-operator drivers conducted by on-demand freight marketplace DAT Solutions, found that about 70 percent of drivers said they earned less money since they started using the devices, while 65 percent said they were forced to drive fewer miles.

Sierra Nevada’s Cooper said the strict enforcement of electronic logs has left little margin for error when routing drivers. Prior to the law change, drivers who were minutes away from their destination could finish their delivery. Now, they must stop or go into costly violation.

“The driver literally has to pull off the road somewhere for eight hours before he or she delivers that load,” he said. “They’ve got to stop.” 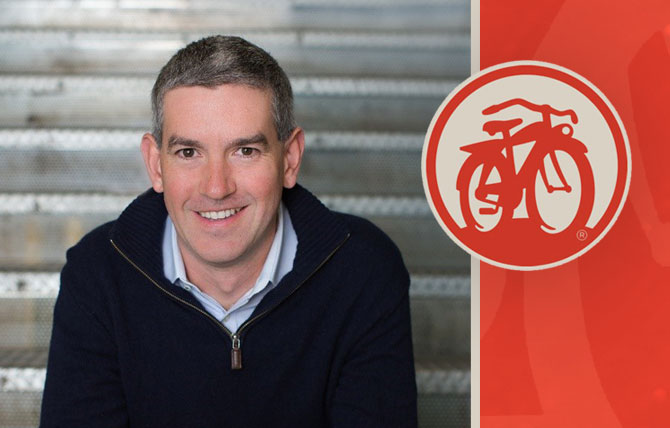 New Belgium CEO Steve Fechheimer said the Fort Collins-headquartered beer maker, which uses third-party freight companies to deliver beer from its production facilities in North Carolina and Colorado, has had more difficulty in finding drivers due to the changes in electronic logbook laws.

“What the electronic logs has done is essentially reduce the number of drivers on the road,” he said. “So that’s obviously lower supply with relatively constant demand.”

Fewer drivers also means increased costs. Fechheimer told Brewbound that freight lanes are up anywhere from 20 to 40 percent over 2017 levels.

“That’s a pretty significant price increase that the system broadly is absorbing,” he said, adding that in most cases, those costs are passed on to the company’s wholesalers.

Lagunitas CEO Maria Stipp told Brewbound that the Heineken-owned California-based craft brewery’s freight rates “were much higher than our projections were even at the end of last year.”

“I’ve seen it table out a bit now, so I’m really hoping we’re seeing the end of that top number,” she said

According to Fechheimer, New Belgium won’t ship just to ship if the company can find a good rate.

“We’re not going to rush a truck out on the 31st if we don’t have to and there’s better rates,” he said. “For the most part, we’ve gotten every truck out that we’ve needed. Maybe it’s taken an extra couple of days.”

Although a few shipments have been delayed, New Belgium hasn’t experienced any out of stocks, Fechheimer added.

“We might have gotten distributor inventories lower than their par levels on any given day, but I don’t think we’ve lost any consumer purchases because of this,” he said.

“Literally for those drivers, rate time is money,” he said. “So we do everything we can to get them back on the road as fast as possible.”

For its part, Sierra Nevada works with three main “asset-based carriers” — companies that own their own trucks and work directly with customers to move freight — to ship the company’s beer in refrigerated trailers from its Chico, California, and Mills River, North Carolina, facilities, Cooper said.

Doing so has kept the company from using the open market where drivers are charging “whatever they want you to pay.”

“There are carriers out there that are turning away freight like crazy,” he said.