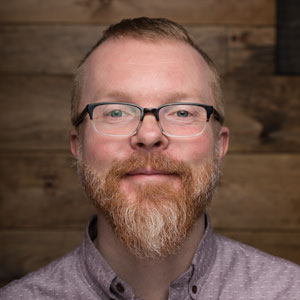 The contentious legal battle between sparkling hard tea and canned cocktail maker Loverboy and Night Shift Distributing over the FMB maker’s attempt to terminate the Massachusetts-headquartered wholesaler without paying fair market value for its brand rights has ended with an amicable resolution.

A class action lawsuit has once again been filed against Molson Coors alleging the company’s marketing campaign for Vizzy Hard Seltzer promoting “antioxidant Vitamin C from Acerola Superfruit” was misleading to consumers,.

Boston Beer Company’s hard seltzer woes are spilling over into the legal system. The maker of Truly Hard Seltzer, the second best-selling hard seltzer on the market, is now facing a proposed class action lawsuit for allegedly failing to disclose the deceleration in sales of Truly to investors.

A new aluminum can making and filling production facility is slated to begin operations in Salt Lake City during the fourth quarter of 2021. Co-packing facility Vobev will launch with a focus on the popular slim (sleek) can production of 12 oz. (355 mL) and 8.4 oz. (250 mL) in a beverage industry crunched by demand and shortages of aluminum receptacle.

As part of President Joe Biden’s “COVID-19 action plan” announced last week, the U.S. Department of Labor’s Occupational Safety and Health Administration (OSHA) is developing an “Emergency Temporary Standard” that will require employers of 100 or more employees to be fully vaccinated or require unvaccinated workers to undergo weekly testing before going to work.

A year after recording the first decline in the modern craft beer era, Brewers Association chief economist Bart Watson estimated that craft volume could grow between 7 and 8% in 2021.

Reyes’ appetite for acquisitions, especially in California, has yet to be satiated. The largest beer wholesaler in the U.S. today announced an agreement to acquire a large share of Classic Beverage’s beer portfolio in Southern California.

Citing “continuing uncertainty about hard seltzer demand trends for the remainder” of 2021, Truly Hard Seltzer maker Boston Beer Company today withdrew its 2021 financial guidance. The company also said it anticipates “hard seltzer-related inventory write-offs, shortfall fees payable to third party brewers, and other costs” that will be incurred throughout the remainder of 2021.

BrewDog has formed an international joint venture with Japan’s Asahi as the Scottish craft brewer prepares to go public, the Financial Times reported earlier this week.

Boston Beer Company’s innovation pipeline continues to pump out new brands as the fall approaches, announcing today a planned nationwide launch in November of Bevy Long Drink, a sparkling refresher inspired by a traditional Finnish cocktail that consists of gin, grapefruit soda, and tonic. However, Boston’s version of the beverage, checking in at 5.8% ABV, won’t contain spirits.

Anheuser-Busch InBev is reshuffling its commercial leadership team in the U.S. on the heels of the July promotion of Brendan Whitworth as North American Zone and U.S. CEO.