With the deadline to order packaging looming and the start of the COVID-19 pandemic sowing unrest in the craft beer industry, Jack’s Abby Craft Lagers scrapped plans for a new summer seasonal offering.

“We needed to finalize orders in the middle of March,” Sam Hendler, co-founder of the Framingham, Massachusetts-based craft brewery, said. “There was just so much uncertainty at that point. We felt it prudent to put a hold on it.”

Copper Legend, Jack’s Abby’s fall seasonal and a top seller for the company, couldn’t be risked on an unknown product preceding it in the seasonal lineup, Hendler explained.

“A significant portion of our annual production is tied up in that beer,” Hendler said of Copper Legend. “It just wasn’t worth the risk of guessing wrong on a new seasonal with what is a critical seasonal for us going into the fall.”

Copper Legend, an Oktoberfest-style lager, is Jack’s Abby’s best-selling seasonal beer, moving about 3,000 barrels annually, and accounting for 50% of the seasonal portfolio’s volume, Hendler said. In September and October, it is the company’s No. 1 draft offering.

Jack’s Abby, like many brewers, uses the same UPC code for its four seasonal offerings for ease of stocking at retailers and wholesalers. Retailers often sign on to sell a brewery’s entire seasonal lineup; when seasonal beers change, they receive the incoming product when they’ve sold through the preceding one. If one seasonal in the portfolio doesn’t sell quickly enough at retail, the piled up inventory can delay the release of the next seasonal beer.

The Boston Beer Company pioneered the practice of using the same UPC code, as detailed in founder Jim Koch’s autobiography, Quench Your Own Thirst.

“We needed to help bars manage transition between seasonals so there wouldn’t be a lot of stale beer in the market,” Koch wrote. “That meant helping bars keep track of seasonals using one UPC barcode rather than one for each individual seasonal beer.”

For Jack’s Abby, the combination of a lack of historic selling data for the new beer and the uncertainty of the on-premise channel made it a safer bet to cancel the release rather than run the risk of it not selling and creating a backlog at retail, preventing the punctual roll out of Copper Legend in August.

Instead, Jack’s Abby will release a small batch of Ray Catcher lemongrass lager, the delayed summer seasonal, in its taproom, and collect consumer feedback so it can move forward more confidently with a full seasonal release in 2021.

To keep its seasonal family in stock at retail, Jack’s Abby extended the run of Sunny Ridge, a Czech pilsner that was the brewery’s summer seasonal offering in 2019 but had moved to its spring seasonal slot.

Jack’s Abby isn’t alone in altering its seasonal plans. Once it became clear that the pandemic would affect draft sales, Portland, Maine-headquartered Shipyard Brewing revised its plan for its fall seasonal, Pumpkinhead pumpkin ale, to brew less and focus on packaged beer.

“Fortunately enough, we’ve been able to adjust our forecasts from distributors on Pumpkinhead before we’ve gotten into production,” Shipyard president Bruce Forsley told Brewbound. “That’ll end up being probably about a 35% decline in draft and about a 10% decline in package, for a net decline of about 20%.”

Forsley said Shipyard is expecting to have excess unsold inventory of its Summer Ale at the end of the season, as forecasts for that beer were made before the pandemic shuttered on-premise accounts.

Draft accounts for 40% of Pumpkinhead’s volume, and the loss of those sales will hurt.

“When we lose a chunk of it like we’re going to this year because of the restaurant closures, it’s going to be painful,” Forsley said.

It’s not yet known how open on-premise establishments will be in August, when the beer is slated to hit the market, but Shipyard will be ready to pivot if and when that channel returns.

“The good news is we can react pretty quickly, brewing more draft if necessary,” Forsley said. “We have to order our packaging goods in advance, but draft, we can react to it. So if the restaurants start opening up, we’ll be ready to go.”

The COVID-19 pandemic’s full effect on the seasonal segment has yet to be seen. Prior to the nationwide shutdown of bars, restaurants and taprooms, craft seasonals had been growing at a stronger clip in the on-premise channel than in the off-premise channel, Kosmal said.

“Breweries that lean very heavily towards the on-premise to engage consumers with their seasonal offerings of course will face more challenges over the coming weeks and months with their summer seasonals,” Kosmal said. “Virtual tastings and events, along with curbside delivery and pick up, and strong social media engagement will help to combat that.”

Craft breweries with seasonal portfolio volumes that are more balanced or skew more toward the off-premise will be less affected than those whose lean toward the on-premise, Kosmal said. She added that strong craft seasonal performers since the pandemic began include Samuel Adams, Shiner and Great Lakes. 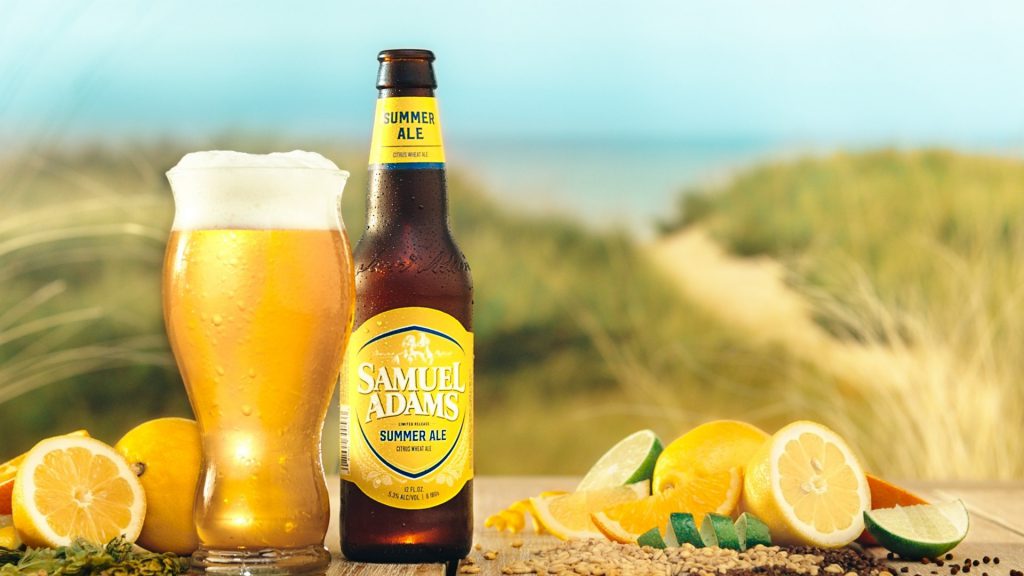 Due to the pandemic, Comstock, Michigan-based Bells’s canceled its synchronized launch of summer seasonal Oberon Ale, which had been slated for March 23. Instead, the company told wholesalers and retailers to release the beer as soon as they received it.

Not all BA-defined breweries use the same UPC code for their seasonal families, so tracking seasonals can be difficult. While the summer season is beer’s best-selling time period, it’s not necessarily the case for summer seasonals. Seasonal beers’ largest share of sales come in the fall, Watson said.

“Most brewers are still going to want to produce a summer seasonal of some sort so they don’t lose their seasonal tap handle or shelf set allocated to that seasonal SKU,” he added.

“We’ve been seeing the trends over the past couple of years — consumers going for more sessionable and refreshing beers,” Cisco senior director of marketing Marimé Riancho told Brewbound. “We wanted to be a proponent for refreshing beers that reflect that New England coastal summer lifestyle.”

Stella Artois, A-B’s Belgian import brand, launched in May its first-ever summer seasonal, Solstice Lager, a limited-edition offering. The brand first waded into the seasonal category last year with Midnight Lager, a limited edition beer for the holidays. For the 52 weeks ending April 19, Midnight Lager sold just over $2 million. That beer will return later in the fall for the 2020 holiday season, but it and Solstice Lager are the brand’s only seasonal offerings.