One of the nation’s oldest breweries is getting in on one of the most popular trends in modern brewing.

Flight will roll out in March in 12 oz. bottles to the company’s 22-state footprint, with a draft release following in the second half of the year in select markets, according to a press release. The company described the beer as “crisp” and “easy-to-drink.”

“It’s a new category that we haven’t delved into before,” employee engagement and culture manager Debbie Yuengling said in a video. “The consumers are really interested in low-carb, low-calorie beers.”

A spokeswoman for Yuengling confirmed that Flight will be “competitively priced to other premium upscale light brands when it hits shelves,” indicating that Yuengling is looking to compete in the domestic super premium space, which posted $3.3 billion in off-premise dollar sales last year. 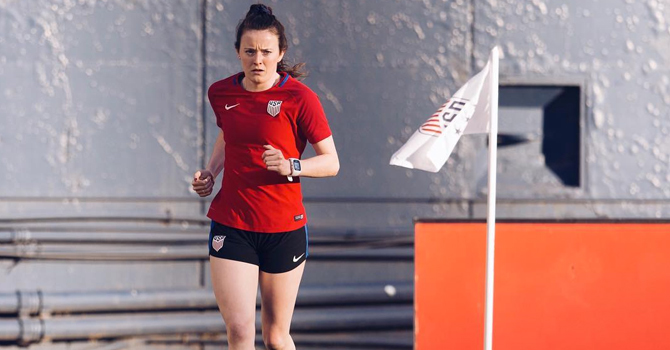 To support the launch, Pottsville, Pennsylvania-based Yuengling has tapped professional soccer player Rose Lavelle and country singer Lauren Alaina as brand ambassadors who will appear in ads, at meet-and-greets and other promotional events.

“Rose and Lauren embody the spirit and passion of ‘Raising the Bar,’ with their drive to pursue their own standards of success and personal growth, whether it’s on the field or on the stage,” the release said.

Lavelle, 24, was a starting midfielder for the U.S. National Women’s Team in the 2019 FIFA Women’s World Cup. During the tournament, she scored three goals and received the Bronze Ball as the third-best player in the tournament, which the U.S. team won for the fourth time.

Alaina, 25, rose to prominence as the runner-up on American Idol’s tenth season in 2011. Her third album, an EP titled “Getting Good,” is set to release on March 6. 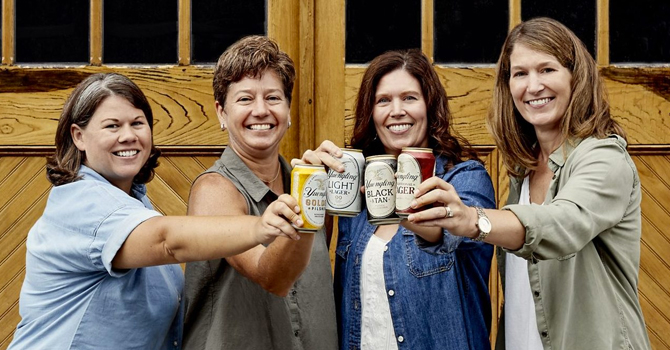 The Yuengling sisters, the sixth generation of family members to oversee the brewery.

The fitness-focused super premium category has exploded in recent years due to the dominance of Michelob Ultra. The brand’s dollar sales increased 16.3% to $2.2 billion for the 52 weeks ending January 26, according to market research firm IRI.

“We listened to our consumers, many of whom have active lifestyles,” VP of operations Jennifer Yuengling said in the video. “It’s giving consumers the opportunity and the motivation to achieve something or maybe a personal best, something that they haven’t done in the past.”

Yuengling is coming off a 2019 in which its portfolio-wide dollar sales declined 3.8%, to nearly $376.9 million, in off-premise retailers tracked by market research IRI. However, Yuengling was still the ninth largest beer company in the U.S.

Through the first four weeks of 2020, Yuengling’s dollar sales are down 6.3% in off-premise retailers, the firm reported.

In 2018, the most recent year in which Brewers Association data is available, Yuengling’s production volume decreased 2%, to 2.6 million barrels. Still, Yuengling was the country’s largest craft brewer by volume that year, according to the trade group.