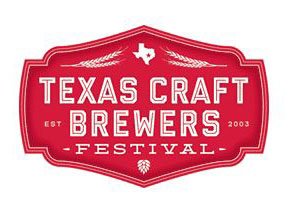 Austin, TX — Over forty Texas brewers will be gathering at this year’s Texas Craft Brewers Festival (TCBF) to celebrate and toast a landmark year for the state’s craft beer industry. This cherished, nonprofit outdoor event, held Saturday, September 28, at Fiesta Gardens in Austin, promises to deliver the best Texas craft brewers have to offer, highlighting innovative and special releases, new and seasonal offerings, and rare tappings from established and newly launched breweries operating across the state.

“We are excited to collaborate with the Texas craft brewers again, and for such a great cause,” says TCBF Co-Chair Dan Price, lead organizer for YMBL. “This event is as grassroots and direct a line to the brewers as a festival can get. We sincerely thank all our supporters, especially lead sponsors H-E-B, Google+ Local, the Texas Craft Brewers Guild, Saint Arnold Brewing, Rahr &amp; Sons Brewing, Real Ale Brewing, Deep Ellum Brewing, Jack Martin Associates and Brown Distribution, our designated driver sponsor.

“Ground-breaking law changes passed earlier this year by the Texas legislature have given craft brewers and fans of independent Texas craft beer reason to celebrate,” says TCBF Co-Chair Charles Vallhonrat, executive director of the TCBG. “The 2013 Texas Craft Brewers Festival is the only event the Texas craft brewers are this actively involved in… It is the most festive yet most surprisingly intimate of craft beer occasions.”

…more to be announced!

The TCBF launched in 2003 with fewer than ten brewers participating. In the last year, the number of actively licensed brewers in Texas has reached 87, with 92 in planning, according to the Brewers Association, a national organization of independent craft brewers. A must-attend for enthusiasts, the festival features live music, local food vendors and beer education, and is the year’s premier social gathering for a supportive and enthusiastic craft beer community. Visit the Texas Craft Brewers Festival website for details.