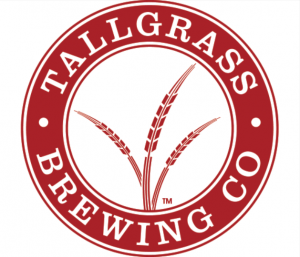 Manhattan, KS – Last year Tallgrass Brewing Company was caught off guard by the demand for its winter seasonal, Vanilla Bean Buffalo Sweat, leaving many fans with empty glasses. This year Tallgrass has taken steps to make sure everyone can have a taste of this vanilla-infused stout.

Vanilla Bean Buffalo Sweat is a beer based on one of the brewery’s most loved cask beer recipes in their popular firkin program. As soon as the first 16oz cans hit the shelf last winter, the small Midwest brewery was overwhelmed with demand from its wholesalers.

“We had wholesalers reordering large quantities, before some got their first shipment,” said Tallgrass founder, Jeff Gill. “We had many upset retailers and disappointed fans, and we knew that this winter we would have to do better.”

Over the summer, in preparation for Vanilla Bean’s release, Tallgrass increased it’s brewing capacity and worked on brewery efficiencies to squeeze every last drop out of their tanks.

Vanilla Bean Buffalo Sweat starts its life as Tallgrass’s best selling beer, Buffalo Sweat, an award-winning oatmeal cream stout. This seasonal is created by infusing Buffalo Sweat with whole Ugandan vanilla beans. This addition further enhances the beer’s dark-roasted flavors of espresso, chocolate, and creamy sweetness and also gives it a perfect and light vanilla finish. Fans of the beer have described it as “liquid chocolate-chip cookies made with espresso”.

Vanilla Bean Buffalo Sweat is available on tap and in 16oz cans. The beer will be brewed and shipped until mid-February.