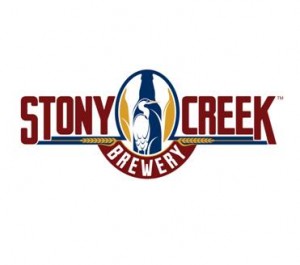 BRANFORD, Conn. – Andy Schwartz has been named Brewmaster of Stony Creek Brewery of Branford, CT. Currently a brewer for Craft Brew Alliance in New Hampshire, Schwartz will join the Connecticut brewery this summer.

At Stony Creek, Schwartz will immediately begin expanding the brewery’s offerings, which today include (203) and (860) India Pale Ales, and (203) Stony Creek Lager.

“We are extremely pleased that we have been able to attract a world class, award winning brewer to join us,” says Stony Creek’s President Ed Crowley Jr. “Andy’s personality, passion and desire to brew outstanding beers is exactly what our new vision calls for.”

Schwartz brings with him almost 20 years of brewing experience and education, the past seven at Craft Brew Alliance (CBA), makers of Redhook, Widmer Brothers and Kona beers, among others. He studied brewing at the Siebel Institute in Chicago, then spent three years in Colorado with Overland Stage Stop Brewery, where he won his first Great American Beer Festival (GABF) medals.

His next move was to San Diego, where he spent eight years with Oggi’s Pizza and Brewing Company, attaining the position of Director of Brewing Operations and Franchise Brewmaster. He was responsible for building and managing Oggi’s Left Coast Brewing Company. More medals came his way, including several at GABF and one for Champion Small Brewing Company at the 2004 World Beer Cup.

In 2007 Schwartz relocated to Portsmouth, NH, to join CBA. He eventually became its Lead Innovation Brewer. Most recently he has been responsible for innovation and education at the company. Andy has extensive training on beer styles, beer and food pairing and beer service. He also managed CBA’s three-barrel pilot brewing facility, creating new beers constantly, testing new ingredients and developing new techniques in every aspect of the brewing process. Andy is a Certified Cicerone.

“The chance to build from the ground up, creating something fresh and new, is too much to pass up,” says Schwartz. “The experience and enthusiasm of the Crowleys will mesh perfectly with my passion for brewing. I look forward to building a portfolio of beers whose character is rooted in my years of experience brewing in southern California, while also being balanced by what I

have learned in the Northeast. Stony Creek will be a place where East meets West, where West Coast assertiveness meets Northeast balance.”

“In addition to being a creative brewer, Andy is a great guy and a wonderful family man,” Crowley says, “We welcome him, his wife and two sons into the Stony Creek family.”