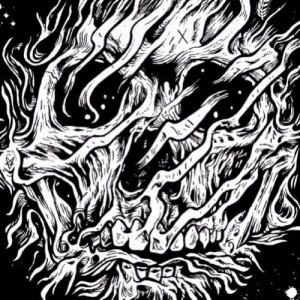 Hartland, WI — Beginning Spring 2014, Solemn Oath Brewery will launch in Wisconsin through an exclusive partnership with Wirtz Beverage, making it a significant expansion effort for both companies. With the agreement, it will be the first craft beer brand for the leading wholesale distributor and the first market expansion for the emerging Illinois-based craft brewery. To start, beers will be available in Milwaukee and Madison on draft.

“Wisconsin is our first market outside of Illinois, and there’s a reason for that,” said John Barley, President of Solemn Oath Brewery. “My brother Joe and I grew up in Wisconsin and our parents still live there, so it’s exciting to return with our beer. We love the world-famous heritage of brewing in the state and look forward to working with Wirtz Beverage to add our voice to that conversation.”

While its founders hail from Wisconsin, Solemn Oath is based in Naperville, IL and began in 2012. The company is driven by a passion for Belgian-inspired and wood-aged beers however, its portfolio always changes. Annually, Head Brewer Tim Marshall creates dozens of beers across many styles with some to set return and others never to be seen again. While its launch is the first time Solemn Oath will be available outside of Illinois, its unique and flavorsome craft beers have taken up residency on menus at top Chicagoland bars and restaurants.

“We’re thrilled to have Solemn Oath as our first craft beer partner,” said Nate Phippen, VP of Sales. “They’re a quality beer company through and through and we like that they’re constantly switching things up and challenging themselves to create the very best beers. It’s an important partnership for both of us, so a lot of planning is underway to support the endeavor for the long-term. We think we can add real value to the category and our customers.”

In business since 1945, Wirtz Beverage Wisconsin provides best-in-class service to customers statewide. Currently, the company is in the process of building a new team of craft beer experts to guide brand education and sales. That team will support Solemn Oath when it launches into Southern Wisconsin this spring with soon-to-be-announced beer brands. In 2014, both companies have notable growth goals and expansion plans.

“Our partnership is a significant move for both of us,” continued Barley. “Nobody knows the market here better than Wirtz Beverage and we like the idea of working together to establish a strong foundation for both of our companies’ futures.”

“We’ve experienced great success in craft beer in many of our business units like Illinois, Minnesota and Nevada,” added James Wirtz, Craft Beer Specialist for Wirtz Beverage. “Launching our craft beer platform in Wisconsin is just a natural progression.”

Sometimes at Solemn Oath we listen to rock and sometimes we listen to rap. On occasion you might hear some jazz, pop, or a splash of early punk. The important thing to realize is that we’re always lively. Always accomplishing something. Always planning for what we hope will not be your favorite new thing, or the brewery’s favorite new thing, but our favorite thing together. Never complacent and always adapting. Changing the world, probably. But, always changing our portfolio to ensure our beers are among your favorite. Solemn Oath creates a wide variety of craft beers across many styles, but we specialize in Belgian-style and barrel-aged ales.