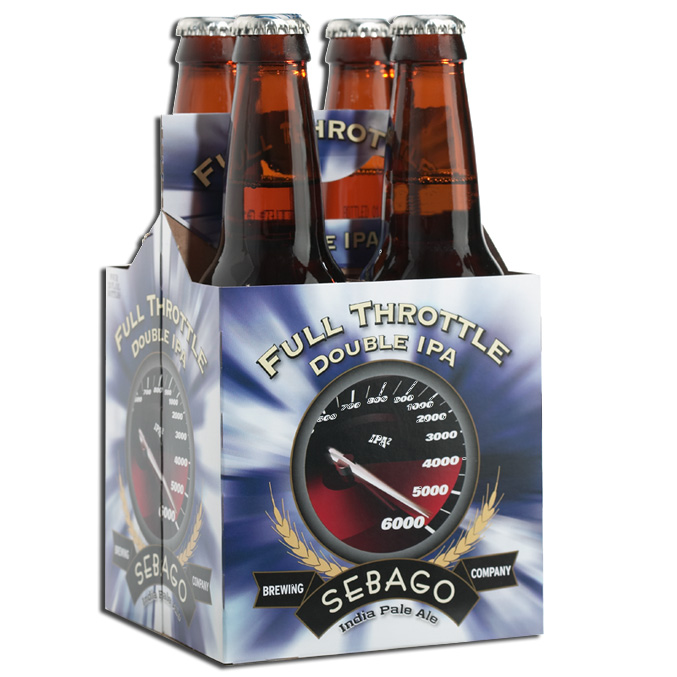 Full Throttle Double IPA (8.4% ABV) was originally brewed as one of Sebago Brewing Company’s Single Batch Series beers in 2007. The rave reviews and immense popularity of the beer led to its offering as a yearly seasonal beer in 2009.

Full Throttle Double IPA is a mid-winter seasonal beer, available beginning February 1st on draft and in 4-packs at all Sebago Brewing Company locations as well as at better bars, restaurants, and beer stores throughout New England.