The bottom jaw, Calagione explained — to an audience of about 300 beer industry professionals who attended last week’s Brew Talks event, held alongside the annual Craft Brewers Conference in Nashville, Tennessee — is made up of taproom-focused breweries selling directly to consumers, while the top jaw includes regional breweries focused on distributing to more traditional on- and off-premise retailers.

“It’s going to be a lot harder to be in between those two business models than when we lived through it in the ’90s,” he said. 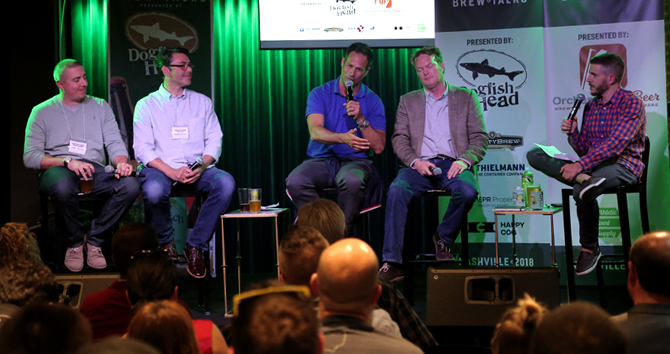 When asked by Brewbound editor and panel moderator Chris Furnari about Brewers Association (BA) board chair and Left Hand Brewing co-founder Eric Wallace calling acquired craft brands “weapons in the arsenal of the big breweries,” Duffy admitted that “it’s alarming and a little bit scary” how much power the big brewers yield at the chain and retail levels. However, he said quality brands can survive.

Calagione, meanwhile, who professed his support of the BA’s independence shield, called on acquired brands to be transparent about their ownership with consumers.

“They deserve to know,” he said, “and then if they don’t give a shit once they know that, and they want to buy a beer based on [whether] they like the label or the flavor or whatever, [they] at least know where the money of that brand is going, [and] where it’s coming from.” 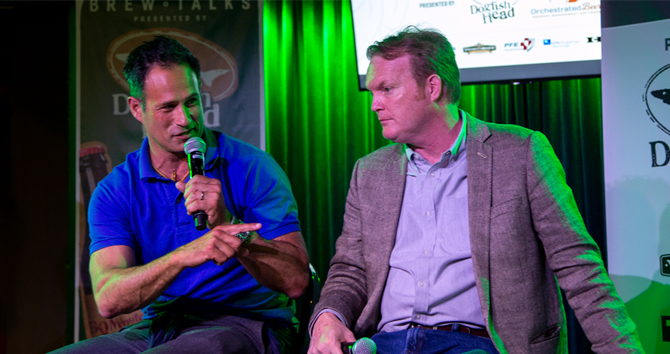 On the topic of larger pack sizes, Slezak said he’s tracked sales data of craft 15-packs at the Lowes grocery chain — which operates stores in the Carolinas and Virginia — and consumers are making repeat purchases of the larger packs with the same frequency of 12-pack buyers. He also shared that Miller Lite is the No. 1 item his customers are abandoning for larger craft packs.

Duffy added that 15-packs have been “relevant” for California’s 21st Amendment, which Brooklyn Brewery made a minority investment in last year. He said multipacks are a tool for craft brewers to use to increase their margin pool and “level the playing field” with the big brewers.

Williams, however, cautioned craft brewers against “charging value prices” and “giving away” the basket ring and instead of growing it.

“That’s a battle that you’re going to lose 10 times out of 10 as a small, independent craft brewer,” he said.

In the video above, Calagione, Duffy, Slezak and Williams also discuss trends to watch, occasions brewers can capture, the importance of sales reps, scattershot distribution and much more.

Craft Brewery Finance: How to Use Brewery Metrics to Improve...