More than three years after selling San Diego craft brewery Saint Archer to MillerCoors, Josh Landan is back in the brewing business.

“I really missed seeing my beer on draft, and drinking my beer with our brewers, and seeing people wearing our T-shirts, and talking about it and going to beer festivals,” Landan told Brewbound. “I missed all of that, and I missed all of that in an independent way. Once we sold it [Saint Archer] to Coors, that entrepreneurial spirit and everything that comes along with it was just gone overnight. And that was personally really hard for me, and it took me a long time to get over it.”

Landan exited Saint Archer in February 2017 — 18 months after selling the business to MillerCoors — to focus on Villager Goods, a non-alcoholic food and beverage company that he and Hansson launched in mid-2016.

But nearly two years later, Landan, a filmmaker by trade, has returned to the beer business. Along with Hansson and Levas, Landan has launched a trio of businesses anchored under Ocotillo Holdings LLC. In addition to Harland, they include Scout Distribution, a craft-focused beer and wine wholesaler, and wine label Claxton Cellars.

According to an SEC filing, Ocotillo Holdings raised about $3.9 million from 47 investors earlier this year to fund the three projects.

“I’m the most excited and the most passionate when I’m building my brands with my friends in our own way,” he said.

Landan’s second act in the beer industry began last week as the first kegs of Harland’s IPA and blonde ale began showing up in San Diego bars and restaurants. Harland beer will initially be available only on draft in about 100 accounts around San Diego, with cans to follow about six months later, he said.

“Just keeping it small and serving the accounts that our friends own here in town,” he said.

Initial batches of Harland beer are being contract produced at Bitter Brothers Brewing Co. in San Diego, while the nascent brand’s San Diego production facility is under construction. Landan said he hopes to open the brewing location in early 2019.

Harland will also open a Del Mar tasting room in March and a Ventura brewery and restaurant in fall 2019, he added. Between the company’s two manufacturing facilities, Landan expects to have about 15,000 barrels of capacity.

“If I’m thinking of selling the majority of our beer on draft, that should be more than enough,” Landan said. “If we’re selling that kind of beer on draft and some select cans here and there, that would be pretty phenomenal.” 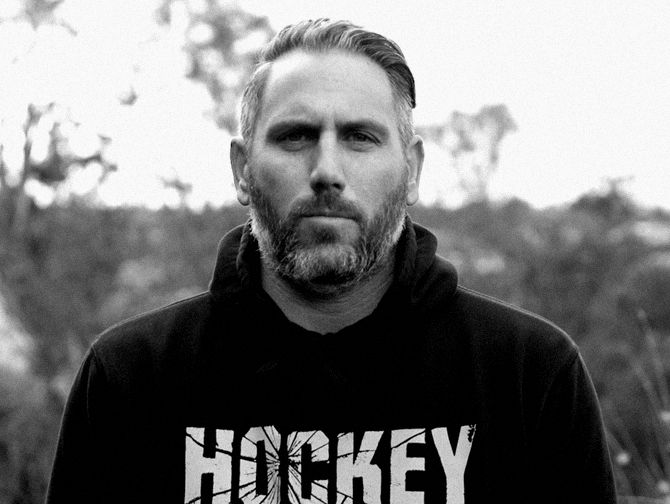 Landan is quick to point to the differences between Harland and Saint Archer, which he founded with action sports stars such as Paul Rodriguez and Mikey Taylor. According to Landan, he is now free to create a brand “without any outside influences or opinions.”

“We have some friends involved who are athletes, but it’s just a totally different thing now,” he said. “The expectations are totally different and crafting a brand that we love so much that is going to be sold by our distributor, that’s what we wanted to do.”

Although former pro skateboarder and custom motorcycle builder Max Schaaf is among Harland’s investors, Schaaf is not a brand ambassador, Landan explained. Schaaf, who is featured in a short documentary by Landan introducing the brand, is presented as the gritty, blue collar embodiment of Harland.

“Harland is not stickers on surfboards and guys doing Instagram posts,” Landan said. “Those days are gone.”