Revolver Brewing co-founders Rhett Keisler and Grant Wood are stepping down from their roles leading the Granbury, Texas-based craft brewery, according to an announcement from Molson Coors Brewing Company, which acquired the brewery in 2016.

Wood, who serves as master brewer, will retire in October, and Keisler, who is in the role of president, will remain involved through special appearances on Revolver’s behalf, but will no longer be at the helm for the brewery’s day-to-day operations, according to an e-mail sent to wholesalers by Tenth and Blake vice president Paul Verdu.

James Gleaves, general manager of Molson Coors-owned Clearly Kombucha, will step into the role of Revolver president on September 1. At Clearly Kombucha, Gleaves “has revised the strategy, built a new team and led development of a next generation kombucha brand that will hit the market in the coming months,” Verdu wrote.

Keisler, Wood and Keisler’s father, Ron Keisler, founded Revolver in 2012 and grew its production to 23,500 barrels in 2016, when Tenth and Blake acquired it. Last year, Revolver’s production declined 3%, to 40,015 barrels, according to national trade group the Brewers Association. Revolver’s flagship Blood & Honey, a 7% ABV wheat ale with blood orange peel and honey, is the second most popular craft beer in Texas, behind Spoetzl Brewery’s Shiner Bock, according to Verdu’s note. 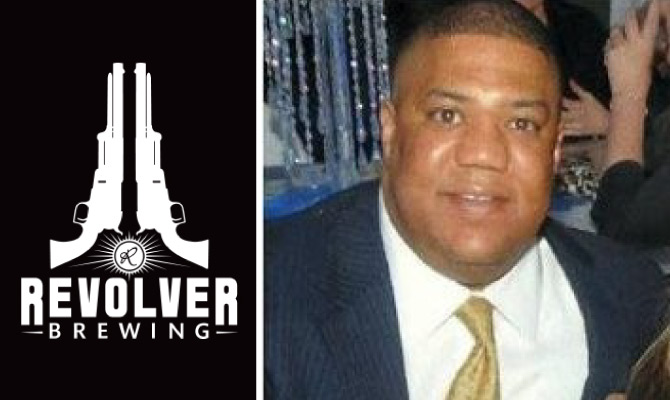 Some of Wood’s duties will transfer to Scott Khoan, senior manager of quality assurance at Molson Coors’ Irwindale, California-based brewery, which will cease production in September. Khoan will move to Revolver as vice president of operations. Molson Coors agreed in May to sell the Irwindale facility to Pabst Brewing Company for $150 million.

Revolver commercial operations manager Megan Mares’ role will expand to include operations at Revolver’s Bldg 5 taproom in the Texas Live entertainment complex in Arlington. The secondary innovation taproom opened in February, a month before the COVID-19 pandemic forced the closure of on-premise service across the country.

“Once the on-premise returns, the new facility will provide great flexibility and opportunities to introduce the Revolver brand and beers to the 5 million-plus visitors that come through the area each year,” Verdu wrote.

“Please join me in thanking Rhett and Grant for everything they have done to make Revolver the success it is today, and in welcoming James and Scott to the team,” Verdu wrote.