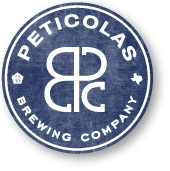 Three Texas craft breweries have filed a lawsuit against the Texas Alcoholic Beverage Commission in hopes of repealing a 2013 law that made it illegal for brewers to sell their own territorial distribution rights. Prior to the law’s passage, brewers “could negotiate payment from distributors for the exclusive rights to deliver their beverages in a certain area,” notes the Washington Post. That’s now an illegal practice (distributors can sell a brand’s rights to other distributors, however). The brewers named on the lawsuit are Live Oak Brewing, Peticolas Brewing, and Revolver Brewing. “This law is like the government forcing authors to give the rights to their books to publishers for free,” the brewers’ attorney told the Post. “It is unconstitutional for Texas to force brewers to give distributors property that they never earned and don’t deserve.”

Past efforts to repeal Florida’s ban on 64 oz. growlers have been thwarted, in part, by being tied to other proposed bills that called for less savory regulation on the state’s craft beer industry. Now, it seems, brewers may be making headway in their determination to advance the cause without it being packaged with, and thus dependent on, other regulation (such as production caps) being passed. According to Orlando Weekly, the Florida Beer Wholesalers Association announced it would not seek to add issues unrelated to growlers to any possible growler legislation in 2015, increasing the odds that a stand-alone growler bill can make it to the governor’s desk. It should be noted, though, as Brewbound reported in October, that the Association is already on record as supporting the legalization of 64 oz. growlers (currently, 32 oz. and 128 oz. options are legal, but the industry standard 64 oz. is not). 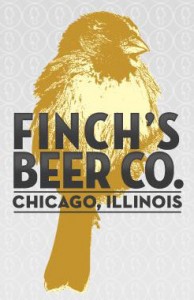 A group in Oklahoma wants the state’s laws pertaining to craft brewers to more closely resemble those regulating its wineries. As reported by the Associated Press, the League of Oklahomans for Change in Alcohol Laws wants breweries to be allowed to sell “their whole beer portfolios from the tap in order to promote beer tourism.” Currently, state law prohibits brewers from selling beer stronger than 4 percent ABV direct to the public. Additionally, the group hopes to make it legal for liquor stores to sell alcohol mixers, cheeses and other food pairings, an effort that would require a change in infrastructure to allow refrigeration, the article adds.

Finch’s Beer Co. is making a play to become one of the largest breweries in Chicago. According to the Chicago Tribune, the brewery plans to construct a 45,000 sq. ft. brewery along the North Branch of the Chicago River, complete with a 4,800 sq. ft. tap room, a bottle shop, and even docks for boat parking. A formal announcement for the project is expected to come in early 2015, the article adds. “We’ve got a ways to go,” Ben Finch, the brewery’s founder, told the Tribune. “Because of due diligence, some aspects of the plan might change, but overall the grand vision will not change.” The brewery has been working on a deal for the land – which is “95 percent complete” – for “close to a year,” the article adds.