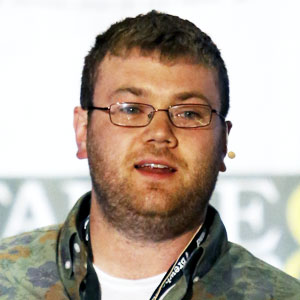 Bayhawk Ales, the oldest brewery in Orange County, Calif., is being rebranded as Evans Brewing Co. This isn’t just any recalibration. This is the result of a lost proxy battle and the hostile takeover of a public company. But now, under the Evans name, the company, which is in some ways new and in some ways old, is finally looking towards the future.

Otter Creek Brewing yesterday broke ground on an expansion that will more than triple its annual production capacity, ultimately making it Vermont’s largest brewery by volume.

In synchronized efforts to promote brand variety and independence, Alaskan Brewing is shaking up a portion of its wholesale network on the West Coast.

The New York Times last month published a short documentary about D.G. Yuengling & Son, shining a spotlight on fifth generation owner Dick Yuengling and his four daughters who are in line to take over the company when Dick, in his own words, drops dead.

Jordan Brownwood sees a bright future in San Diego’s young but nascent hop growing industry. With more than 100 breweries already operational in town, Brownwood, who earlier this year co-founded Nopalito Farm & Hopyard near Escondido, Calif., believes that he and other small suppliers have a clear market, with some local breweries relying more and more on local suppliers.

Massachusetts craft brewers are once again asking state officials to reform a 44-year-old state franchise law that governs the relationships between suppliers and distributors. On Tuesday, hundreds of industry stakeholders turned out for a hearing at the State House to hear comments from both wholesalers and brewers over a bill that would dramatically loosen franchise law restrictions, allowing smaller brewers more freedom to switch distributors.

Day 2 of our Great American Beer Festival Coverage is already underway and, after a late night at the fest, Brewbound was up early on Friday morning to stop by Boston Beer Company’s annual beer & brunch event. Check back frequently for more small-batch news updates from the GABF media luncheon and session two of the fest, happening from 5:30 P.M. — 10:00 P.M. (MST).

The 2015 Great American Beer Festival is here and Brewbound will be walking the show floor, providing live updates from some of America’s most notable beer companies. Check back often for small-batch news updates on new product rollouts, upcoming distribution expansions and any other newsworthy bits brewery owners share with us.

Ninkasi Brewing today announced plans to further build out its presence on the East Coast by launching new distribution in Virginia and Maryland.

As reported earlier this week, Anheuser-Busch InBev has formally announced plans to takeover SABMiller, a transaction that would consolidate roughly one-third of the world’s beer supply under the parasol of a single manufacturer.