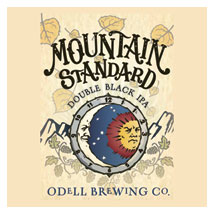 FORT COLLINS, CO. — On September 22, 2012, fall officially returns as does Odell Brewing Company’s Mountain Standard. The brew, a double black IPA, was released in a four-pack for the first time last year.

Mountain Standard was a featured “Craft Beer of the Day” on Forbes.com. “For a brew that clocks in at 9.5% ABV, Mountain Standard Double Black India Pale Ale is remarkably tasty,” said Forbes contributor, Erik Kain. “It manages to be very strong and very delicious all at once, with a nice round flavor that lingers gently, leaving that perfect balance of bitter and sweet in your mouth long after you’ve drained your glass.”

The brewery will celebrate the return of Mountain Standard in the Tap Room on September 22nd, during the Fall Equinox. Guests can try the beer, and enjoy local food truck fare as well as live music by The Constant Tourists from 4 — 6 p.m.