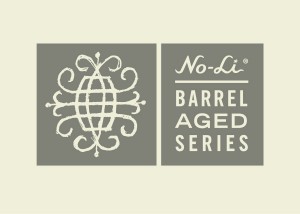 Spokane, WA — No-Li Brewhouse will release their first-ever packaged barrel-aged beer in a limited release of 22 oz bottles this August at their small batch festival on August 23rd.

Co-owner John Bryant comments: “No-Li’s rare beer program began with hand-filling a single, freshly-emptied whiskey barrel. It launched a passionate pursuit to combine intriguing ingredients in whiskey and wine barrels to share with fellow beer drinkers. Twelve months later, we are within 45 days of unveiling a pre-sold allocation of 1,200 bottles of Blackfill. This is what the beer journey is about.”

About the beer: Two of the six whiskey barrels filled with Wrecking Ball were previously used for aging other beers. The Wrecking Ball will be in these two barrels for seven months. They will impart more oakiness, age and complexity to the beer, as well as some vanilla and body.

The other four barrels were filled with Wrecking Ball within hours of being emptied of whiskey at Dry Fly. The beer will age for four months before No-Li will blend the beer from all six barrels, and then hand-label & hand-fill the bottles in August.

The triticale barrels impart a bready, spicy character to the beer. The beer will take on flavors and aromas of toffee, vanilla, chocolate, leather, delicate woodiness, and hints of rye-bread spiciness.

No-Li has been growing their barrel-aging program over the last year, and currently holds 19 barrels from local distillery & and neighbor, Dry Fly, and local winery Townsend Cellars. They plan to add another 50 barrels or more to their lot over the next year, and will continue to grow their barrel-aging program with more 22 oz-bottle limited releases.