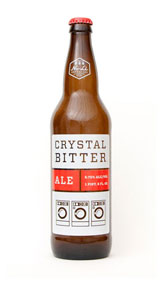 SPOKANE, WA – Because No-Li knows source of origin matters to its loyal and continuingly growing customer base, the brewery just announced federal approval for a new style and classification of beer called Spokane-Style. As the name suggests, ‘Spokane Style’ beer must be
brewed and packaged in Spokane and use all ingredients exclusively from the region. And, of course all of No-Li Brewhouse styles are 100% Spokane-Style.

With craft beer drinkers driving the trend, source of origin is important to both customers and retailers. The craft vs. crafty beer wars have recently made this a central issue. Source of origin is driving increased demand for No-Li across the United States with regional chains. No Li can now be found in Washington, D.C., Whole Foods Markets; the top largest liquor stores in Colorado; Safeway, QFC and Top Foods in its home state of Washington; and Super 1, Yokes, Rosauer’s and Safeway Stores in Northern Idaho.

“No-Li’s brewing origin is the Inland N.W., and as we like to say, it’s zero miles from here!” said Damon Scott, No-Li’s new lead brewer. “Actually, all ingredients are from within 300 miles of the Brewhouse. No-Li has etched ‘local’ into its core. And, as the American craft beer consumer demands source of origin, Spokane-Style represents something bigger than the city itself.”

What was formerly known as the Northern Lights Brewing Company was renamed No-Li Brewhouse last April. Co-founder and master brewer, Mark Irvin, and craft beer industry veteran, Bryant, both with deep roots in Spokane, are the force behind the company. In addition to Spokane, No-Li is now distributed in Colorado, Maryland and Washington D.C. No-Li’s Born & Raised spirit reflects a deep-seeded connection from the nation’s capital, to the Front Range of Colorado and across the Continental Divide into the great Pacific Northwest. No-Li produces 22-ounce bottles as well as draft brands in five styles: Silent Treatment Pale, Born & Raised IPA, Crystal Bitter, Jet Star Imperial IPA and Wrecking Ball Imperial Stout. For more information, visit www.nolibrewhouse.com.