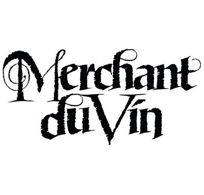 Green’s recent domination at beer competitions (the 2014 World Beer Cup, US Open, World Beer Championships, FreeFrom Food awards, more) and growing demand for hoppy IPAs has inspired this dynamic, exciting addition, which will appear in stores and on beer menus across the US this summer.
Green’s IPA is made from gluten-free ingredients, like Green’s Dry-Hopped Lager, Discovery Amber, Endeavour Dubbel, and Quest Tripel: sorghum, millet, buckwheat, rice, water, hops, and yeast. It offers an inviting amber-red color with full body. Aroma is bold hops with herbal and piney notes; flavor is nutty and firmly bitter with hints of caramel. Brewed at one of Belgium’s most respected and high-tech breweries, De Proef in Gent, Green’s IPA has an OG of 1.051; 6.0% ABV; and 60 IBUs.