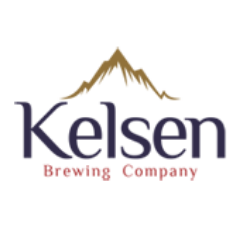 DERRY, N.H. — Kelsen Brewing Company, one of the newest craft breweries in New Hampshire, recently competed in the prestigious 2014 US Open Beer Championship. Kelsen Brewing is pleased to announce that its Paradigm Brown Ale won the Gold Medal in the category of American Brown Ale and its Double Battle Axe Imperial IPA took home the Bronze Medal in the category of Imperial IPA.

The US Open Beer Championship announced the winners over the July 4th weekend. Breweries from Australia to Iceland sent in more than 3,000 beers and ciders for the 2014 U.S. Open Beer Championship. Other competitors included Stone Brewing, Deschutes Brewery, Boston Beer Company and the oldest brewery in the world, Weihenstephaner, founded in 1040 out of Freising,Germany.

“Our Paradigm Brown Ale was our favorite beer to brew when we were homebrewers. We searched store shelves trying to find a beer that had the same flavor and aroma profile and we couldn’t find one. We thought it had a chance to be a standout beer on the professional level.” said Paul Kelly, co-founder of Kelsen Brewing. “This Gold Medal is great validation for us that this beer is something special”

Erik Olsen, the other Kelsen Brewing co-founder commented on the Double Battle Axe Bronze Medal, “We believe strongly that great beer is about drinkability and balance, even in the Imperial IPA category. With Double Battle Axe, we didn’t want to brew the most bitter IPA available. We wanted to focus on an intense hop flavor and aroma, while keeping the bitterness smooth and balanced. We are thrilled that the international judging panel agreed with our approach.”