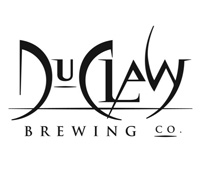 BEL AIR, MD — DuClaw Brewing Company is proud to announce the arrival of their award-winning craft brews in the Philadelphia market, named by Frommer’s as one of the World’s Best Cities for Beer in 2012. Availability in bars, shops and restaurants is expected this month and comes just a few short months after DuClaw expanded into the South Central portion of Pennsylvania.

“Entering the Philadelphia market is a huge milestone for us” said Dave Benfield, president of DuClaw Brewing Company. “This is a city rooted in beer so our progression into Philadelphia is a true testament to DuClaw brewers and supporters.”

“We have been following DuClaw’s progression for a few years and have been thrilled with the beers they brew,” said Jordan Fetfatzes, vice president of Bella Vista Specialty Beer Wholesale. “In one of the most important markets in the world for craft beer, it’s extremely humbling and an honor to be DuClaw’s wholesale partner for the Philadelphia region. We recognize that DuClaw has the trajectory and creativity to become a Mid-Atlantic craft beer powerhouse.”

DuClaw Brewing Company will host a launch party in November to celebrate the brewery’s new place in one of the most sophisticated beer markets in the United States. Look for DuClaw brews on tap at Cambridge, The Devil’s Den, and Royal Tavern and in stores like Beer Heaven, The Craft Beer Outlet and The Bottle Shop.

Currently based in Bel Air, MD, DuClaw Brewing Company is a leading craft brewery founded in 1996. Already dominating the Maryland, DC and Northern Virginia beer markets with beers available in notable stores, restaurants and bars, the company has outgrown its current brewing facility, and will be moving into a much larger space to keep up with growing demand for barrels of its ever-expanding lineup of specialty brews. DuClaw also operates pub restaurants in Arundel Mills, Bel Air, Bowie and BWI Airport that serve its award-winning craft beers on tap. For more information on DuClaw Brewing Company visit www.DuClawBeer.com, like them on Facebook.com/DuClawBeers or follow them on Twitter @DuClawBrewing.