New allegations of illegal pay-to-play activities within the beer industry have resurfaced in Boston.

A 14-month investigation by the Massachusetts Alcoholic Beverages Control Commission (ABCC) into a wholly owned Anheuser-Busch wholesaler has resulted in charges that the beer distribution company illegally provided nearly $1 million in free equipment to retailers, according to the Boston Globe, who first reported the story.

On Tuesday, the ABCC accused A-B’s Medford-based wholesaler, August A. Busch & Co. of Massachusetts, with providing free Budweiser-branded coolers and draft equipment to bars and liquor stores — a prohibited practice known as inducement — between 2014 and early 2015 for use specifically with the beer company’s products.

The ABCC said giving the coolers and draft equipment to retailers violated section 204 CMR 2.08 of Massachusetts General Laws, which states:

A hearing with the ABCC has been set for June 20.

Anheuser-Busch vice president of communications Gemma Hart told Brewbound that the company would contest the charges and issued the following statement:

“We have been working with the Massachusetts ABC[C] since they first raised questions about permissible trade practices by wholesalers within the state. We believe that we lawfully provided branded point-of-sale items to retailers and plan to contest these allegations. We take trade practice compliance seriously and are committed to following the law.”

According to the ABCC’s investigative report, wholesaler records revealed that Anheuser-Busch had provided retailers with 70 Budweiser-branded signature draught towers each valued between $3,000 and $3,500 and 520 refrigerated coolers valued at between $500 and $5,700 to hundreds of retailers.

An itemized spreadsheet documented the type, cost and number of units given to each retailer, included the following:

Anheuser-Busch claims to have ceased the marketing program after the ABCC first began questioning the wholesaler in 2015.

Representatives from the August A. Busch & Co. distributorship told an ABCC investigator during a March 7, 2017 interview that the equipment was provided to retailers for free.

In a follow-up interview, on March 27, 2017, August A. Busch & Co. employees reportedly told investigators that Anheuser-Busch “purchased, was invoiced and paid for the coolers and signature draught system equipment provided to the retailers.”

Here’s how the deals were struck, according to the ABCC report: August A. Busch & Co. sales reps contacted retailers about the equipment. The wholesaler’s sales managers then authorized and arranged deliveries of the equipment. The distributor delivered and installed the coolers while a third-party draught company, Sutherland Installations, delivered and installed the signature draught systems.

According to the ABCC report, retailers told investigators that “August representatives offered the refrigeration equipment to the retailer at no cost, provided that the equipment was only utilized for Budweiser products.”

The investigative report did not name any of the retailers who received refrigeration units or draught equipment and it is unclear as of press time whether retailers will face any penalties for their involvement in the illegal pay-to-play scheme.

Out West, a similar investigation was recently conducted by California’s Department of Alcoholic Beverage Control, which reached a $400,000 settlement with Anheuser-Busch LLC wholesalers and a $10,000 settlement with Orange County’s Straub Distributing Company in March for providing Southern California retailers with things of value — refrigeration units, television sets and draft systems — resulting in an unfair marketplace advantage over their competitors. The ABC also sanctioned 34 retail licensees for their parts in the illegal scheme. 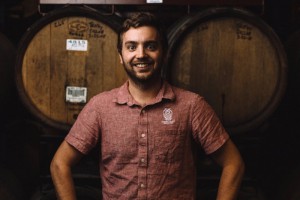 “Obviously this is happening,” Burns said. “This one is slightly different than that, but it’s still pretty impactful. That million dollar number is a big number, and you have some big-ticket items on there. Most craft brewers would never think to provide or be able to provide those things.”

Burns speculated that the state will fine the wholesaler rather than suspend or revoke its liquor license given the outcome of past actions.

“A suspension would be way more impactful,” Burns said. “If the only option was a suspended license — even for a week — bars and retailers are not going to go a week without a light beer on tap. They would fill that tap with something else. I imagine it would be like a land grab in the wild, wild West. That would definitely change the landscape in Massachusetts.”

Instead, Burns said he expects “a month of people playing nice and sticking to the laws” and then a return “to business as usual.” The state also needs to hold accountable the retailers involved in these alleged schemes, not just the brewers and distributors, he argued.

“The state either needs to increase staff of the ABCC or increase penalties so the risk-reward doesn’t look so high anymore,” he said.

Notch Brewing founder Chris Lohring told Brewbound that the case is another example of the challenges smaller brewers face when competing with a well-resourced and multi-national corporation such as A-B.

“In all this what concerns me is that Anheuser-Busch — and I’ve lost count of how many craft brands that they’ve purchased — but this just shows the power of A-B to control the marketplace and makes it harder for smaller brands to gain access to distribution channels, and this is one example of it.”

The action against Anheuser-Busch is the latest in the ABCC’s quest to snuff out illegal pay-to-play activities in the Massachusetts marketplace.

In February 2016, following a 15-month investigation, the ABCC slapped Craft Beer Guild LLC with a 90-day license suspension for offering inducements and unfair discounts in exchange for guaranteed retail placements.

However, a month later, Craft Beer Guild agreed to pay a fine of more than $2 million in lieu of a suspension, but has since appealed fine and asked  the Massachusetts Superior Court for relief.

In November 2016, the Alcohol and Tobacco Tax and Trade Bureau (TTB) announced it had accepted a $750,000 payment from Craft Beer Guild following that agency’s investigation into the pay-to-play allegations. The sum was the “largest offer in compromise” that the agency had ever recovered from a single industry member for trade practice violations.

Also that month, Shelton Brothers — known for bringing products like Cantillon, Fantome and Westvleteren into the U.S. — filed a lawsuit against Craft Beer Guild alleging the company’s illegal pay-to-play practices between 2013 and 2014 had cost the import company $1.7 million in potential sales. A month later, Craft Beer Guild has filed a motion to dismiss the lawsuit.

This all comes as the Massachusetts Treasurer’s Office has deployed a task force to conduct a sweeping review of the state’s alcohol laws and provide suggestions for modifying elements of Chapter 138 (Alcoholic Liquors) of the Massachusetts General Laws.

The group is in the process of holding town hall meetings throughout the state this month.