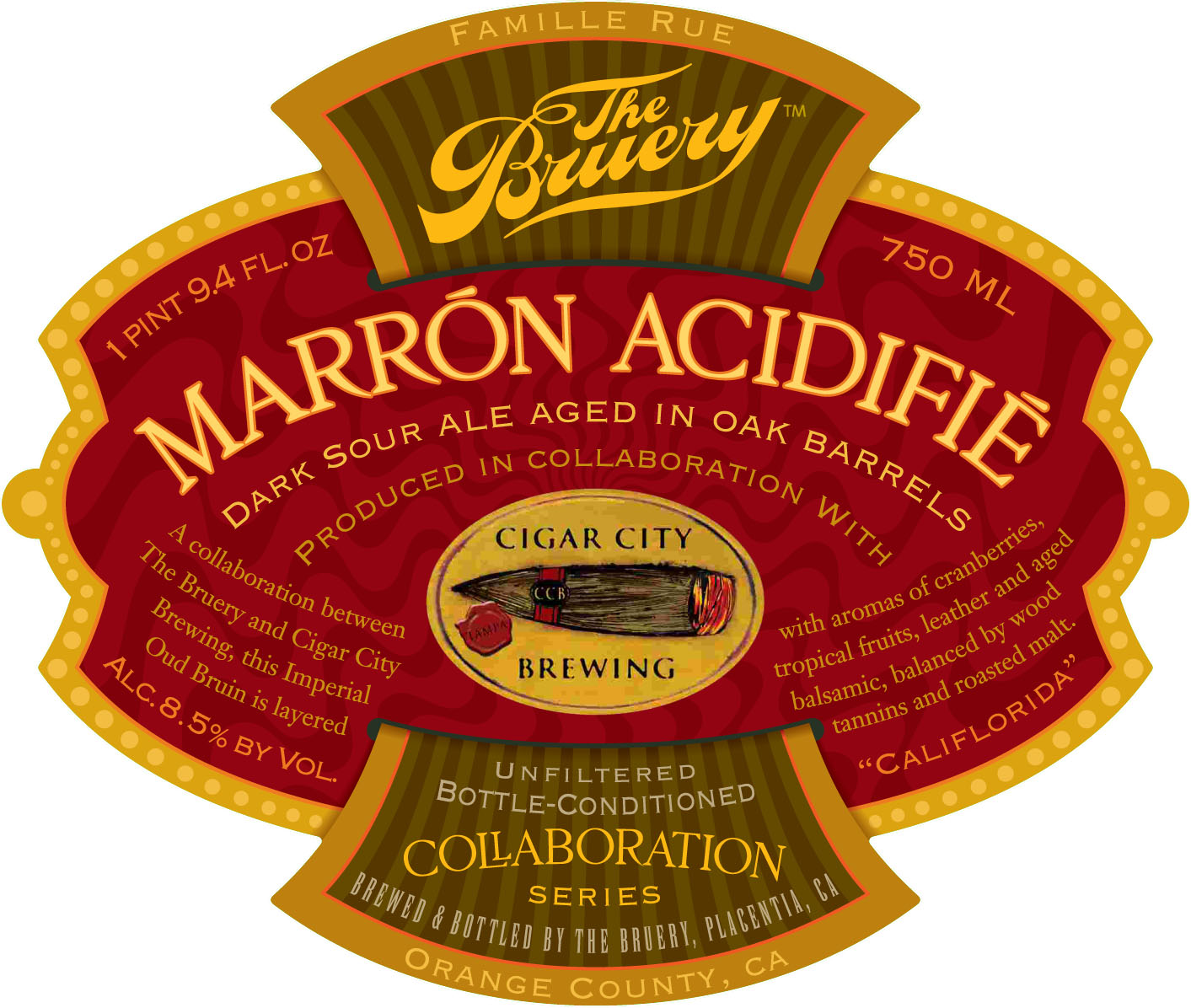 PLACENTIA, CA – The Bruery announced on their website today the details for the Marrón Acidifié collaboration with Cigar City.

"For our first collaboration beer we are lucky to partner with Cigar City Brewing out of Tampa, Florida. Geographically a country apart but following similar paths, we felt an immediate connection with Joey, Wayne and the crew. We're both young breweries, founded and staffed by homebrewers, who use interesting ingredients and techniques to make unique, full-flavored beers. A recipe was created over pints at Falling Rock Tap House during GABF 2009 and Wayne came out to help brew it shortly after. Over a year in barrels has left this dark sour layered with notes of cranberries, tropical fruits, leather and aged balsamic vinegar, balanced by wood tannins and roasted malt. Raise a glass and toast to the success of fledlging breweries across this great nation!"

March 28th, 12pm
Reserve Society can pick up their allocations at The Bruery Provisions

The week of April 18th it will be released in IL, NY, NJ, VA, MD, DC, GA with a release event on April 18th at Hopleaf in Chicago with The Bruery’s Jonas Nemura in attendance.