Join us on Aug. 28th as we celebrate 11 years of Great Beer, No Exceptions. Beer, Music, Food, More!

Mike Hess Brewing of San Diego (www.mikehessbrewing.com) will be celebrating their 11-year anniversary of bringing people together over great beer around great causes by hosting not one, but two block parties—HessFest XI—both in Northern California at their Walnut Creek location and in SoCal at their Mike’s Yard venue in Imperial Beach. The two events will be held on August 8th and 28th respectively. This year’s annual events are highly anticipated after having to cancel festivities last year due to the pandemic and mark the first time Hess has brought the celebration north. HessFest displays MHB’s commitment to their mission, not only gathering their community around craft beer but also by raising funds for a few very special charities.

Net proceeds from ticket sales to HessFest Walnut Creek will be donated to Dogs for Diabetics and MIB Agents, while The Navy SEAL Foundation and Next Step Service Dogs will be the beneficiaries of the SoCal HessFest. Mike Hess Brewing has a long history of philanthropic efforts and community work and HessFest is just one way that the San Diego staple has contributed to the communities they call home. Since their launch in 2010, MHB has raised hundreds of thousands of dollars for various non-profit organizations at dozens of events including St. Baldrick’s head-shaving, Rising Hope IPA with the Nat’l Pediatric Cancer Foundation, Cookies on Tap with the Girl Scouts of San Diego, and many others.

“I couldn’t be more excited for HessFest this year,” waxed Mike Hess, co-founder. “We know our fans have been clamoring for a return to normal, and bands have been dying to get back on stage. HessFest accomplishes all this in a meaningful way as we raise money for our passion projects: helping vets, working with service animals, and raising money for pediatric cancer research. Lynda and I couldn’t be more proud of our team’s perseverance and drive to push through hard times to get us here. It’s time for some fun!”

HessFest XI is a family-friendly event and includes a stage featuring live performances from local musicians, Grammy-nominated The Sully Band and The Samples (making an appearance all the way from Boulder, Colorado), dozens of MHB beers and non-alcoholic beverages, and food from Quiero Tacos and other local fare, t-shirts on-demand, as well as a free cornhole tournament. 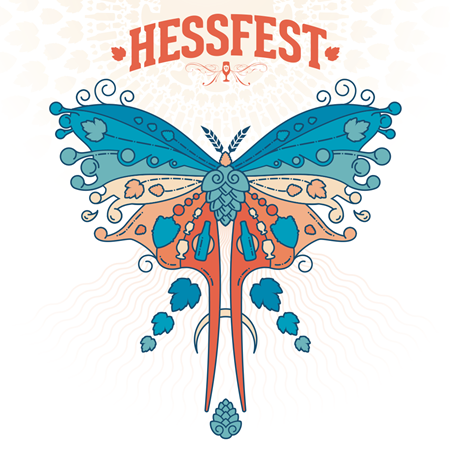 Ticket Price/Policy:
There are three options for tickets:

all of the Tier 1 benefits, PLUS
a commemorative T-shirt.

A HESSFEST XI branded can glass
Special 40-oz commemorative growler ($5 refills until Sept. 30th, 2021)
A commemorative HESSFEST XI T-shirt
Unlimited tacos during the event
Up to 5 beers or alcoholic drinks (not all at once!) and unlimited soda (we will not serve you if you're intoxicated)