Join Cigar City Brewing, over 115 breweries, and thousands of beer lovers from around the world in celebrating the 11th annual Hunahpu’s Day craft beer festival in Tampa, Florida. Centered around the annual release of Hunahpu’s Imperial Stout, this festival offers beer lovers the opportunity to taste some of the world’s rarest and most sought-after beers in unlimited 2 ounce pours while rubbing elbows with the brewers themselves. Entrance to Hunahpu’s Day also grants you bottles of Cigar City Brewing’s award winning Hunahpu’s Imperial Stout, a massive Imperial Stout with Chili Peppers, Cinnamon, Vanilla and Cacao Nibs that’s released only once a year at the festival.

Tickets for Hunahpu’s Day 2020 are on sale now! 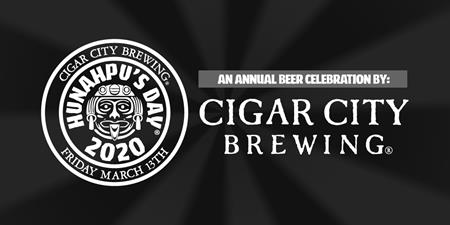