Release of the 2015 Stairway to Heaven Triple IPA and an all Zeppelin set from Paul Lechner!

To celebrate the 47th Anniversary of Led Zeppelin's US debut (right here in Denver!), we are going all Zeppelin, all day. Starting at 11am we will tap the Stairway to Heaven triple IPA and listen to as much of the infamous Zeppelin catalog as possible until the live music starts. At 6pm Paul Lechner will grace us with his amazing solo Zeppelin set, while Raven on the Rock streams live from the tasting room. You don't want to miss this, near or far! 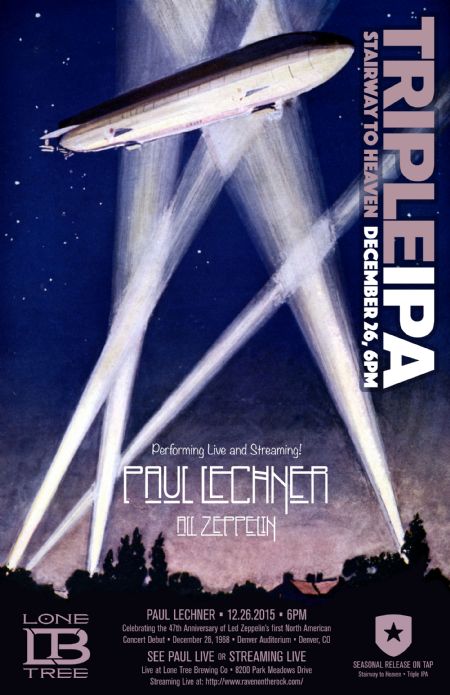