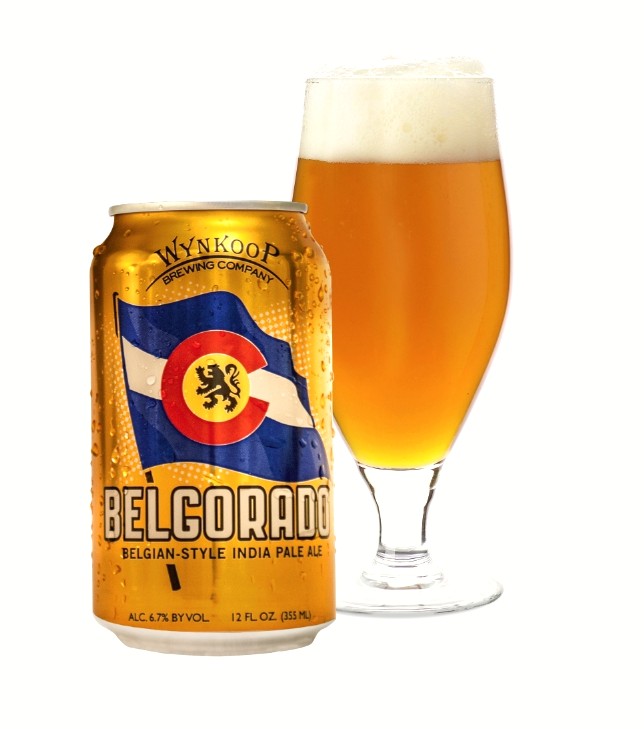 The small-batch, Belgium-meets-Colorado beer combines the wonders of two of the world’s best beer cultures with Wynkoop’s artisan brewing and farm-to-fermenter thinking.

A creation of Wynkoop head brewer Andy Brown, Belgorado has been a draft-only seasonal beer since its debut in the fall of 2010. The beer won a 2011 Great American Beer Festival bronze medal in the festival’s Experimental Beer category.

Lusciously hopped but artfully balanced, Belgorado is a golden beer rich with pale malt flavors, layers of hops from start to finish, and spice notes. It is 6.7% ABV and has about 45 IBUs.

The year-round beer features Colorado terroir in every sip.

Belgorado is made with whole-leaf and pelletized hops from Misty Mountain Hop Farm, a pioneering little hop farm in Olathe, CO. The farm is now in its fourth year and grows 16 acres of hops.

“We use warm moist air instead of dry heat,” says Jason Cody, company president, “and slowly malt the barley for 7-8 days instead of the usual 3 or 4. That process creates a more plump, fully modified grain with more sugar. It’s 100% natural, made the same way Europeans malted barley 500 years ago.”

These home-state ingredients are skillfully blended by Brown and his staff, then fermented with a Belgian yeast.

“My goal was a simple recipe that allows the qualities of our native-grown ingredients to shine through,” Brown says. “But with a Belgian yeast strain that adds complexity and joins with the spiciness of the hops.”

“The beer is a nod to the drinkability of a Belgian pale ale, a trait I really love,” Brown adds. “But with our Colorado-grown hops and their lemony tartness, Belgorado gets extra layers of flavor without being overly bitter.”

The beer is handcrafted and handcanned at Wynkoop Brewing Company on a table-top canning machine from Cask Brewing Systems. It’s now available in the Denver area in fourpacks of 12-ounce cans, with a suggested retail price of $7.49/fourpack.

The beer’s small-farm malts and hops make it an especially valuable beer to the local farmers producing Belgorado’s signature ingredients.

“Wynkoop,” says Robert Munger of Misty Mountain Hop Farm, “is an iconic Colorado brewery and one of Denver’s best. We’re very excited to be working with such a historic brewery.”

“This Belgorado project is great for our family business,” Cody says. “Wynkoop is really supporting the local economy with this beer and it’s very helpful to us.”