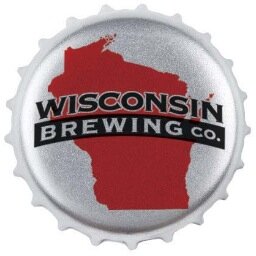 Verona, WI – Just two months after its successful debut in southcentral Wisconsin, Wisconsin Brewing Company is expanding distribution of its craft brews to retailers, bars and restaurants throughout southeastern Wisconsin, encompassing Racine and Kenosha on January 27th and the greater Milwaukee area on February 3rd.

“Milwaukee wasn’t just handed the name ‘Beer City;’ that’s a reputation that’s been earned through an incredibly rich and storied brewing history,” said Carl Nolen, WBC president. “Wisconsin Brewing Company shares a lot of the same home-grown heritage, so we couldn’t be more excited to bring our brews to town and become part of this amazing legacy.”

Four beers will lead Wisconsin Brewing Company’s charge into southeastern Wisconsin: #001 Golden Amber Lager, featuring Moravian 37 barley and Williamette hops; #002 American I.P.A., a confidently hoppy I.P.A. with a Midwestern flair; #003 Brown & Robust Porter, an exhilarating three-malt brew with a perfectly bittered finish; and #004 Session I.P.A., a smooth and mellow I.P.A. that’s all about sipping satisfaction. The beers will be available in 6-pack bottles, on draught, and as a 12-bottle variety pack featuring all four brews. For distribution, Wisconsin Brewing Company is partnering with Beer Capitol in Milwaukee and CJW in Racine and Kenosha.

“Historically speaking, it was the original immigrants to southeastern Wisconsin who really started the craft beer industry,” said Nolen. “Those beer pioneers were making beer that reflected their lifestyle and values. As Wisconsin-born-and-raised brewers, we embrace that philosophy. And we want to build on that history with craft brews that get back to what craft beer is all about: A lot of flavor, and a lot of fun to drink.”