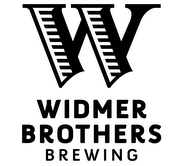 PORTLAND, Ore. — May 12, 2014 —American Craft Beer Week kicks-off today, and Widmer Brothers Brewing is celebrating with Hefe specials throughout the week at the brewery’s pub and with two events on Tuesday, May 13, 2014.

First, Founders Kurt and Rob Widmer will be taking questions from the public on Reddit at 2:00 p.m. (PDT). The brothers are celebrating the 30 Anniversary of their brewery this year and welcome all discussion during their time on the subreddit /r/IAmA. The forum will be opened at 2 p.m. and Kurt and Rob will answer questions until approximately 3:15 p.m. Please join them and ask them anything.

Widmer Brothers brewed the first American-Style Hefeweizen beer and created the style when Hefe was first brewed in 1986. The brewery is encouraging its fans to celebrate American Craft Beer Week with The Original American Hefeweizen and will be offering $3 Hefe pints at the pub, with Rob Widmer pouring beer behind the bar. Portlanders should come down to the Pub to say, “hello” to Rob, and celebrate American Craft Beer Week with an American Original. Rob will be pouring beers from 4 — 6 p.m.

Reddit Ask Me Anything (AMA) with Kurt and Rob Widmer
Tuesday, May 13, 2014; 2 — 3:15 p.m. (PDT)
www.reddit.com/r/IAmA
Kurt and Rob Widmer — two guys who have been brewing craft beer since 1984 — will answer questions about Widmer Brothers and the craft brewing industry on Reddit, the front page of the Internet.