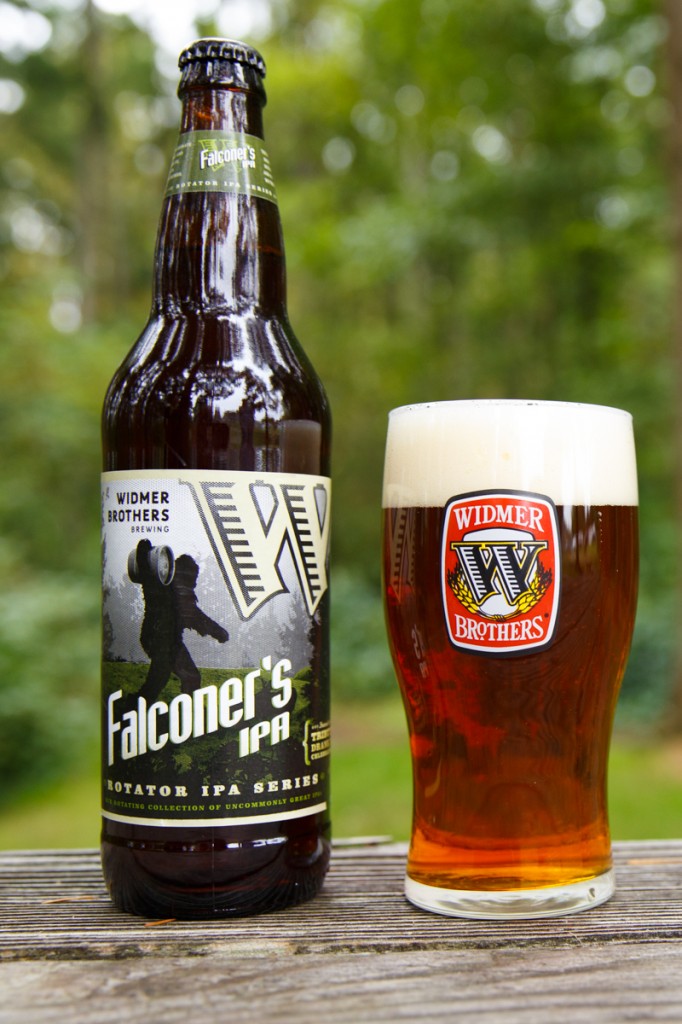 PORTLAND, OR — Widmer Brothers Brewing has introduced four new limited release beers as part of the brewery’s fall lineup. Just in time for the cooler fall months ahead, the Portland-based brewery has released: Falconer’s IPA, the latest addition to the Rotator IPA Series; this year’s vintage of Old Embalmer Barleywine and a pinot noir barrel-aged version of Old Embalmer as part of the Brother’s Reserve Series; and Downward Spiral, an imperial India-style Pale Lager (IPL) aged on new oak spirals.

The release of Falconer’s IPA, a beer brewed in tribute to the late Oregon brewing legend Glen Hay Falconer, represents the third time this beer has been available as part of the Rotator IPA Series. Falconer’s IPA is an aggressively hopped Northwest IPA that features Falconer’s namesake hop blend from HopUnion: Falconer’s Flight. Widmer Brothers has brewed the beer annually since 2011 and it has become a favorite in the series, but this release will be the last as the Falconer’s Flight hop is being retired after this year. A portion of the proceeds of Falconer’s IPA benefits the Glen Hay Falconer Foundation, which provides educational opportunities and scholarships for aspiring and professional brewers.

Old Embalmer Barleywine has been a brewery favorite since it was first brewed in 1999. This year’s version of the beer features a yet-to-be-named experimental hop variety known as X-431. In conjunction with the annual barleywine release, Widmer Brothers has released Barrel-Aged Old Embalmer ’13, a version aged in pinot noir barrels from Patricia Green Cellars in Oregon’s Willamette Valley, a pinot mecca. Aging this barleywine in pinot noir barrels brings the beer to a new level, amplifying the tropical fruit and vanilla notes and giving it a tannic, vinous quality with hints of oak. The two 2013 Old Embalmers are perfect for cellaring and make for a unique side-by-side tasting opportunity.

Downward Spiral is an imperial version of Widmer Brothers Hopside Down IPL aged on new oak spiral, and is the fourth new limited release from the brewery this fall. This aggressively hopped beer was brewed with Cascade hops, both during the boil and again via dry hopping, giving this beer a big, citrusy nose. Aging the beer on new oak spirals lends some oak and vanilla notes to both the flavor and the aroma. Cold fermenting with Widmer Brothers’ lager yeast gives Downward Spiral great balance with the clean, crisp finish of a lager.

Each of the four new releases is available for a limited time, in limited quantities. To find out where they are available near you, please visit the Widmer Brothers online beer finder.

Glen Falconer was passionate about friends, family, and great IPAs. So in tribute, we’ve created an IPA worthy of this master brewer. The result is a bright, moderately bitter IPA with stone fruit aromas and a strong malt backbone. We think Glen would approve. 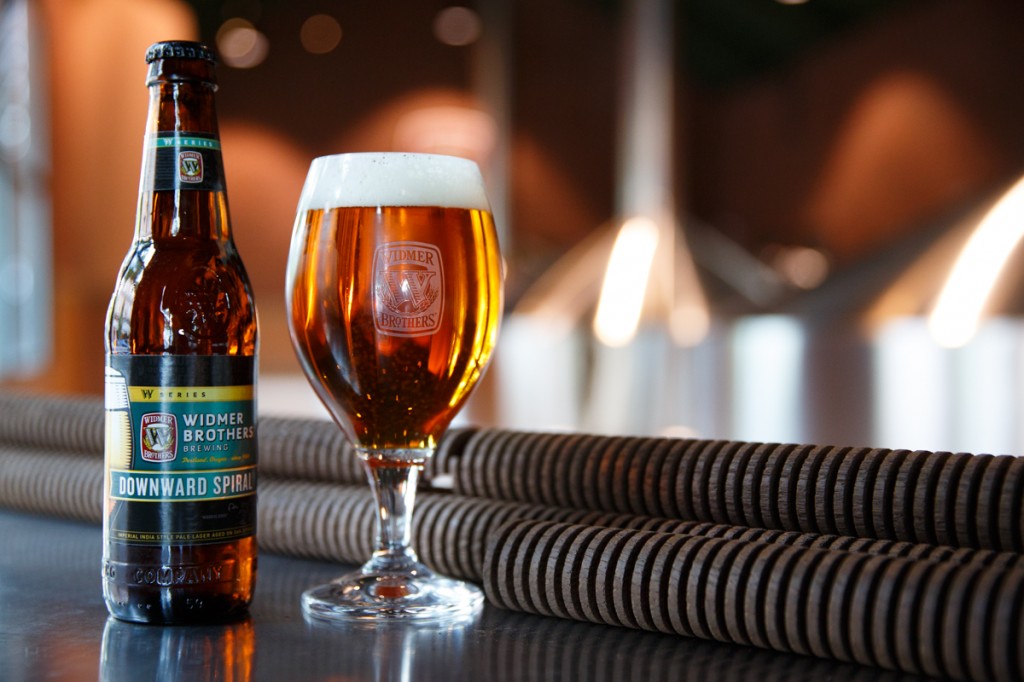 Downward Spiral is an imperial version of our Hopside Down India-style Pale Lager that was aged on new oak spirals. This bold wood-aged beer is an aggressively hopped, cold-fermented brew that brings together the clean, crisp finish of a lager with the hop character of an IPA, balanced by distinct oak flavors and aromas. Wood is good. Prost!

Old Embalmer Barleywine Ale has been a favorite since it was first brewed in 1999, and true to its name, is a great beer for the cellar. Brewed with copious amounts of malts, this year’s version features X-431 hops, a limited variety that lends tropical, dark red fruit and citrus qualities for brilliant balance and a velvety finish. 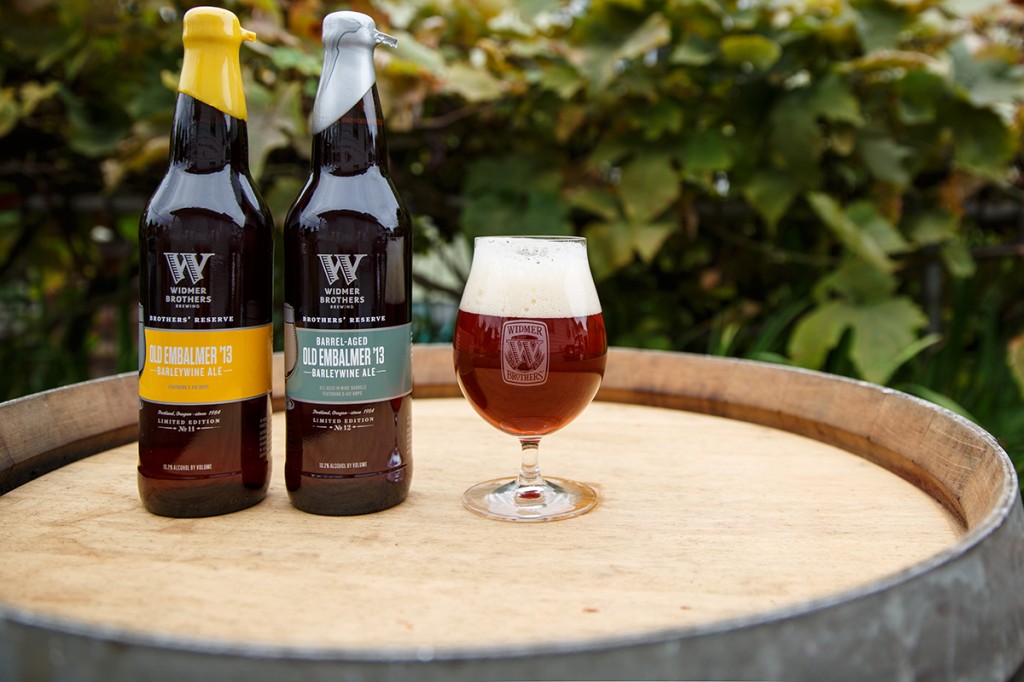 For this version of our favorite barleywine, we’ve aged the beer in pinot noir barrels from Patricia Green Cellars, located in Oregon’s Willamette Valley, which is regarded worldwide as delivering the highest quality pinot noir. Patricia Green crafts beautiful pinot using grapes from the best vineyards in the valley. The always-present sweet caramel, vanilla, and toffee notes of Old Embalmer are accented by tannic and vinous characters gained from the wine barrels, as well as the dry finish, all accented by an assertive does of X-431 hops.

What started as a dream for two ordinary brothers who just loved beer has now become a reality for two ordinary brothers who still just love beer. Kurt and Rob Widmer helped lead the Pacific Northwest craft beer movement in 1984 when, in their 20s, they dreamed of brewing unique interpretations of traditional beer styles. In 1986, Widmer Brothers Brewing introduced the first American-style Hefeweizen; today, the unfiltered cloudy beer is the company’s signature brew and one of the best-selling wheat beers in the country. Based in Portland, Ore., the brewery currently brews a variety of beers including Alchemy Ale, the Rotator IPA series, Pitch Black IPA, Nelson Imperial IPA, a limited edition Brothers’ Reserve Series and a full seasonal lineup. For more information about Widmer Brothers Brewing, visit www.widmerbrothers.com.