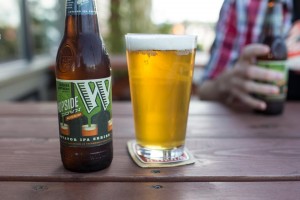 These three beers, together with Widmer Brothers’ new year-round release Alchemy Ale and the brewery’s signature Hefeweizen, offer a broad spectrum of flavors, ingredients and styles, and are great choices for a range of summertime beer drinking occasions.

“We have been brewing seasonal and limited-release beers for a long time, and this year’s summer lineup is among the best we’ve ever had,” said Kurt Widmer, co-founder of Widmer Brothers Brewing. “Citra Blonde, Hopside Down, and our Marionberry Hibiscus Gose are three delicious and exciting beers, all different in their own way, and are the perfect complement to the warm summer months.”

Widmer Brothers will also include part of this great lineup in the brewery’s “Brothers’ Best” variety pack for the summer. Beginning in May, the variety pack will feature Hopside Down IPL and Citra Blonde Summer Brew, along with Alchemy Ale and Hefe.

The seasonal releases will all be available nationally from now through August, allowing craft beer drinkers to enjoy these beers while the sun is shining at backyard barbeques, long days at the park, or afternoons watching baseball. 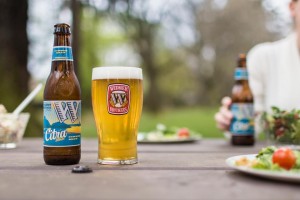 Citra hops lend their name to this interpretation of a golden ale. But that’s not all they bring to the party. Their striking citrus aroma and thirst-quenching flavor are the perfect pairing for soft malt notes. Together they create a beer that’s full in flavor and uniquely refreshing.

About Hopside Down India Pale Lager

We’re turning things deliciously upside down with an aggressively hopped, cold-fermented brew that brings together the clean, crisp finish of a lager with the hoppy aroma and character of an IPA. Prost to turning convention on its head!

Gose is a traditional cloudy wheat beer that balances tart and slightly salty flavors with a soft malt background. Our unique take uses a healthy dose of Oregon-grown Marionberries as well as dried hibiscus flowers for a tart, floral profile with clove & coriander flavors to round it out. Prost! or Goseanna!

What started as a dream for two ordinary brothers who just loved beer has now become a reality for two ordinary brothers who still just love beer. Kurt and Rob Widmer helped lead the Pacific Northwest craft beer movement in 1984 when, in their 20s, they dreamed of brewing unique interpretations of traditional beer styles. In 1986, Widmer Brothers Brewing introduced the first American-style Hefeweizen; today, the unfiltered cloudy beer is the company’s signature brew and one of the best-selling wheat beers in the country. Based in Portland, Ore., the brewery currently brews a variety of beers including Alchemy Ale, the Rotator IPA series, Pitch Black IPA, Nelson Imperial IPA, a high-end Brothers’ Reserve Series and a full seasonal lineup. For more information about Widmer Brothers Brewing, visit www.widmerbrothers.com.