Earlier this month, Brewbound.com caught up Bill Covaleski, the co-founder of Victory Brewing Company, at the 2012 Craft Brewers Conference.

In a brief interview, Covaleski provided some insight on different areas of the country where his company is experiencing success. Not surprisingly, it’s Victory Brewing’s backyard that is driving most of the new growth. Covaleski said that on premise draft sales in “smaller” Pennsylvania cities like Harrisburg, Reading and Allentown are seeing growth of up to 150 percent.

Covaleski also echoed the words of many craft brewers who have told us that Florida is a new hotbed of growth for craft.

“I would say that probably everyone is experiencing success in Florida because it’s new and is really being incubated well,” he said.

But all this growth isn’t coming without its concerns. Covaleski said he sensed some “trepidation” amongst some craft brewers attending the show, citing large expansions as an area of the business they are paying close attention to.

“We are in uncharted waters and have never been here before,” he said. “We are all betting on a very robust future. We all believe in but at the same time we can only predict it, we can’t make it happen.”

The complete video interview is below. 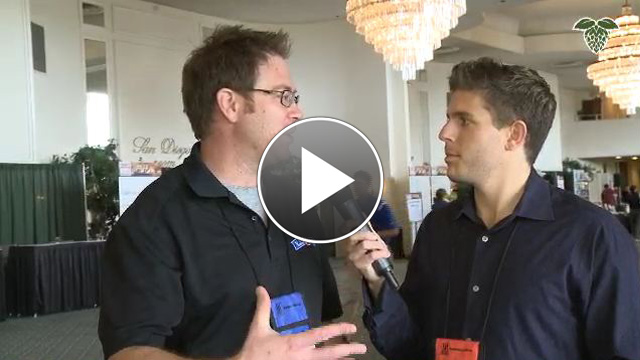