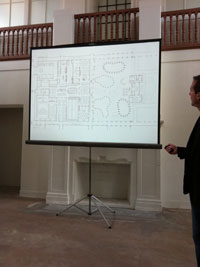 According to Stan Lee of drinkeattravel.com, Greg Koch has confirmed that the $26.6 million needed to expand will come from the bank and not an outside investor. An initial investment of $3 million was already made for the Liberty Station project, which is scheduled to open in approximately one year.

That project is scheduled to include a 10-barrel pilot brewing system and feature 40 taps in a space that is reported to be 39,000 sq feet, according to drinkeattravel.com

The “Stone Company Store- South Park,” will have 14 beers on tap and should open within the next 30 days. This location will serve primarily for growler fills, bottle and keg purchases, as well as glassware and other “gift-shop” items. You can follow the store on twitter, @stonestore.

Finally, Koch announced plans for a new beer festival, which will be called “Pour It Black.” The beer festival will focus around dark beers like Porters, Stouts and Black IPA’s.

Koch commented on his goals with the expansion.

“Our goal is to do the things in the style and character that we like to do them,” he said. “Beyond that, I cant say that we have a goal. Our motivation isn’t growth, we grow more as a result of what we do.”

“It’s not about how much we do, its about how we do it,” Koch added.