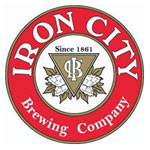 PITTSBURGH, PA – Uni-World Capital, L.P., a private equity firm, has acquired the brands and assets related to the beer business of the Iron City Brewing Company.

The brewery’s headquarters will remain in Pittsburgh and beer production will continue in Latrobe, Penn. The purchase is entirely funded by equity capital from Uni-World and its affiliates. Edwin R. Lozano, 43, will serve as the new president and chief executive officer of Iron City Brewing Co. Tim Hickman, president since 2007, will be retained as a consultant during the transition period.

“Iron City Brewing Company’s rich heritage, diverse product portfolio and strong reputation as a high-quality Pittsburgh beer resonated with our team,” said Christopher P. Fuller, managing partner, Uni-World Capital. “This transaction is about restoring the brewery’s legacy and to drive future growth, and we intend to reinvest future cash flows back into the business. Our new management team, led by Ed Lozano, brings extensive beer and beverage industry experience, and a commitment to keeping the business in Pittsburgh.”

Lozano brings 15 years of extensive sales, marketing and operations experience to the position. Most recently he spent seven years with PepsiCo International as Director of Foodservice. In this role Lozano led a global sales organization spanning 190 countries, which represented more than $3 billion in retail sales. Before joining PepsiCo, Lozano spent six years with the Miller Brewing Co. where he led a sales team in New York City, built brands in the United States and drove growth in international regions from Asia Pacific to Latin America. Lozano was the youngest Director in the International Division and was responsible for dramatic share gains in Asia Pacific and a turnaround in Latin America. Prior to Miller he spent two years with the Coca-Cola Company.

“Iron City Brewing Company’s portfolio of brands are icons in Western Pennsylvania and beyond,” said Lozano. “My priorities are to concentrate on the core brands, Iron City and IC Light; to better support our wholesalers and to aggressively grow the business. Part of that growth means a personal commitment to adding jobs in Pittsburgh. I’m honored to be at the helm of a business that’s a Pittsburgh institution. I firmly believe Iron City has tremendous potential, and I look forward to helping write the next chapter in the brewery’s history.”