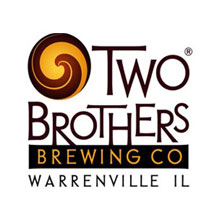 WARRENVILLE, IL — The fresh hops are boiling which means Heavy Handed, Two Brothers Brewing Company’s most sought after seasonal IPA, will be sent to the market soon.

Two Brothers Brewing Company releases a wet hopped IPA every fall to celebrate the hop harvest. Numerous varietals of hops come to us from our friends in Washington state, and are placed into the brewing process less than 18 hours off the vine. Multiple batches will be produced using these varietals of hops, these experimental batches will have to be tested with all your senses, open to experiencing the delights fresh hops have to offer. The aromas in the brewery have increasingly become more piney, citrusy, and floral.

Two Brothers Tap House will host a Heavy Handed Release Party September 10th at 5pm, a nonticketed event. Two types of varietals will be offered and paired with a special dinner menu. Later on in the month after the last batch is released, a linear release at Two Brothers Round House will have all the different varietals to try side by side, to compare the different nuance that each hop produces. A chance for the “beer geeks” to test their strengths. “Like” us on Facebook (www.facebook.com/twobrothersbrewing) to find out more details on these events.

The Two Brothers Brewery is owned by brothers Jim and Jason Ebel who developed a passion for flavorful specialty beers while living in France. After returning to the states, they had trouble finding craft beers in Chicago so they opened Two Brothers Brewing Company in 1996. The brewery resides in a 40,000 square foot facility 30 miles west of Chicago in Warrenville, IL. After 15 years of providing great craft beer to the Chicagoland area, they still seem to be continuously expanding. Their newest venture in 2011 was the opening of Two Brothers Roundhouse restaurant and brewery in Aurora, IL.