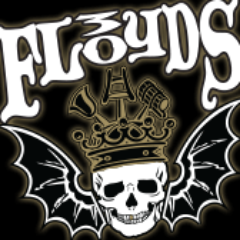 The only thing worse than running into one zombie would be crossing paths with 100,000 of them. Unless, of course, we’re talking about the undead that adorn the labels of Three Floyds’ revered pale ale, Zombie Dust. Beer lovers would probably like to see more of those around.

In that regard, they’re in luck. The Munster, Ind.-based craft brewery is planning a $10 million expansion, which would double the size of its facility and nearly triple production to 100,000 barrels annually.

The project calls for a new bottling and packaging line, additional warehouse and basement storage space, a tasting room, a carry-out counter and other employee amenities. On top of that, Three Floyds plans to add a distillery to begin producing spirits.

In February, it was reported that the brewery was seeking a five-year tax abatement from the town so it could undertake the expansion project, which would add 26,000 sq. ft. to its existing 30,000 sq. ft. brewery.

Calls placed to Munster’s assistant town manager Clay Johnson, who has been working with the company were not returned as of press time.

At the time, however, town council president John Reed sang the brewery’s praises.

“Munster is world famous for Three Floyds,” he told NWI Times. “It’s the kind of business you want to help any way you can.”

Recent comments made by brewery co-founder Nick Floyd, to DNAinfo Chicago, shed some light on the current state of the project. To secure funding, Floyd said, the company courted local bankers.

“[W]e shopped around and gave local bankers a tour, showed them our new brew lab, how we come up with our art and they said, ‘Wait, you’re Three Floyds ÔÇª we’ll give you the dough,'” he told the website.

Despite the coming expansion, Floyd emphasized that the company will continue business as usual.

“We’re still making the same beer the same way. That’s important. We’re just getting a little bigger. We’re still minuscule compared to places like Bell’s, which is at 300,000 barrels,” Floyd told the website. “Someone will probably complain that it’s not enough, but it’s what we can do.”

In January, the brewery sold a small commercial building in Chicago’s Humboldt Park for $135,000, according to Crain’s Chicago Business. Three Floyds purchased the building two years ago for $160,000. In the past, as the article notes, the brewery has discussed the idea of opening a brewpub in nearby Chicago, where its brands are popular.