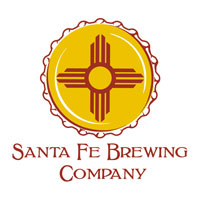 SANTA FE, N.M. — The Santa Fe Brewing Company will be celebrating 25 years of brewing with a year’s worth of celebrations and limited edition beers.

Established in 1988 as New Mexico’s first microbrewery, Santa Fe Brewing Company began as a small family owned operation in Galisteo, New Mexico. Over the last 25 years, the brewery has relocated 2 times and has grown 10 times the size that it was in 1988. “This is a very special anniversary because it validates our popularity not only locally but regionally. I never would have imagined the success we have reached in all of our markets.”, stated Brian Lock, president of Santa Fe Brewing Company. In just the past 2 years, Santa Fe Brewing has increased capacity to 25,000 BBL’s allowing them to add 4 new states to their distribution.

A canning line that the brewery added in 2010 has helped in stream lining distribution. “With the addition of the canning line, we have been able to add more styles of beer to our line up. The canning process is quick yet efficient and assures the consumer a quality tasting product. The craft can beer market has blown up in the past few years because many breweries have realized the benefits with canning”, said Lock.

The 25th Anniversary celebration will continue all year long with plans of special tasting room events including a party on June 29th. In addition to events, the brewery is releasing a Saison, which will be canned in a commemerative, limited edition can. “This will be the perfect summer beer because of it’s light and refreshing taste,” said Lock. Other special releases will be the debut of the “Los Innovadores Series”, part of a rapidly growing sour barrel aged program that the brewery began in 2011. The first offering, the “Kriek”, will be launched June 17th. The second will be the “Single Barrel Sour” due out in late Sept. These beers will be available in small quantites throughout the brewery’s distribution footprint.

About The Santa Fe Brewing Company