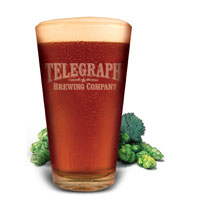 Santa Barbara, CA — Buellton, a Southern California-based band of indie rockers who previously opened for My Morning Jacket, Death Cab for Cutie, and Rilo Kiley, have released their sophomore album, Silent Partner, as a bottle of beer brewed by the cult-artisan craft-beer favorite, and fellow Santa Barbarans, Telegraph Brewing Company. Forgoing traditional record company distribution, Buellton’s album will appear on a bottle of Belgian-style saison ale, also called Silent Partner. The beer’s label serves as the cover/liner notes and a digital download code is found between the cork and cage. The album/beer will be distributed throughout California, Washington State, Arizona, Illinois, New York, and New Jersey and is available now.

With the line-up of band veterans John Nygren (guitar/vocals) and Erik Herzog (drums), and newcomers Curt Crawshaw (guitar), and Graham Palmer (bass) and the new album in the can, Buellton are ready to toast Silent Partner, their first release in over a decade.

Band member John Nygren says, “It’s been so great working with Brian Thompson and his Telegraph Brewing team. Once we realized we wanted to release our album on a bottle of beer, there was no question which brewery would best serve our aesthetic and tastes. We wanted a beer that was accessible to people not already immersed in craft beer, as well as something that was nuanced and complex for the seasoned connoisseur. We designed the recipe with the album in mind and the degree in which they pair has exceeded my expectations.”

“We were enthusiastic about this project from the first moment we discussed it,” says Telegraph Brewing founder Brian Thompson. “Beer and music go together in every way imaginable; this is such a natural pairing.”

Telegraph Brewing, an award-winning craft brewery located on downtown Santa Barbara’s Salsipuedes Street, specializes in brewing uniquely American and Belgian-inspired beers using 100% domestic ingredients and as many local ingredients as possible. The brewery strives to capture in its beers the unique culinary and agricultural traditions of Santa Barbara and California’s Central Coast.

Album artwork and bottle photograph in jpeg format available upon request. To arrange for an interview Brian Thompson of Telegraph Brewing, or with the band members, please contact Sao Anash.