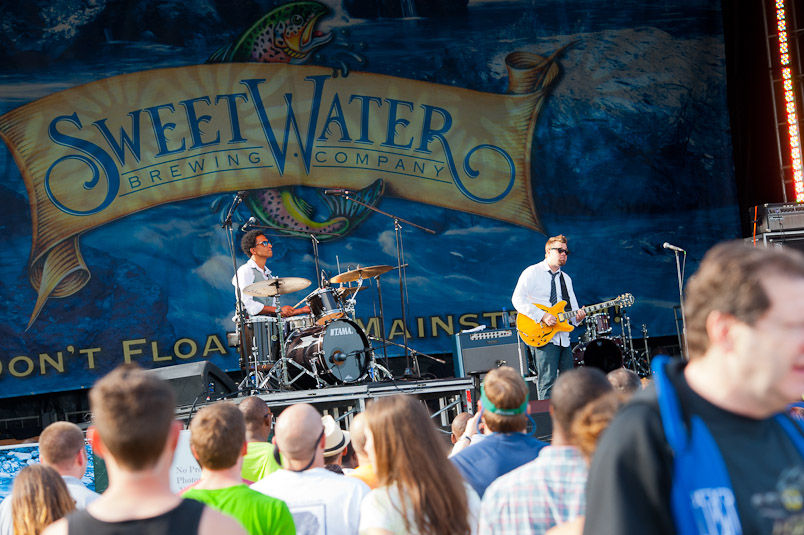 ATLANTA — SweetWater 420 Festival, one of Atlanta’s most eclectic Earth Day celebrations, is slated to return again to Candler Park this April. Kicking off on Friday, April 19 and running through Sunday, April 21, the festival weekend is jam-packed with a diverse lineup of events the whole family will enjoy including: live musical performances, earth-friendly activities, stand-up comedy acts, food trucks, SweetWater brews, a new SweetWater Experience, artist market and so much more.

“SweetWater 420 Fest is a unique opportunity for us to blend entertainment with environmental awareness for the entire community to come together and enjoy,” said Jennifer Bensch, Festival Promoter and Principal at Happy Ending Productions. “We’ve worked hard to organize an exciting array of talented performers who embody the SweetWater culture, plus an engaging lineup of eco-friendly activities that will include a little something for everyone.”

420 Fest will once again offer a variety of eco-friendly events and activities for guests of all ages. Planet 420 returns housing dozens of local, regional and national non-profit and environmental organizations offering exhibits and workshops promoting green practices for the home, as well as the opportunity to give back to for a cause.

Festival guests won’t be starved for food or culture either. The weekend will be packed with dozens of food trucks featuring Atlanta’s top eateries and an artist market showcasing creations from some of the regions’ most talented vendors. Back by popular demand returns Gas South’s free, weekend-long cornhole tournament.

Those with kiddos should keep an eye on the Kid Zone Saturday and Sunday which will offer craft workshops, a circus camp, moon jumps, a musical instrument petting zoo and more. For all the jokesters, the 420 Comedy Tent will return with live comedy shows and improv workshops throughout the weekendÔÇªfamily-friendly during the day, with adult entertainment starting after the sun goes down.

420 Fest is rolling out with a boatload of new experiences in 2013 as well. Fans can expect a festival first — VIP tickets, along with a Battle of the Bands competition hosted by Chipotle; a Silent Disco sponsored by Area 51; and The SweetWater Experience, a weekend long craft beer-centric event, presented by SweetWater, filled with presentations, specialty brews and look into the culture and history behind the brewery. Stay tuned for a detailed release with more information on each of these fresh offerings for 2013 and a full schedule breakdown.

SweetWater Brewing Company is an Atlanta?based craft brewery specializing in aggressive West Coast style beers. SweetWater’s brews are unpasteurized and designed to be consumed fresh so distribution is limited to the Southeast. The award?winning lineup of year?round brews includes SweetWater 420, IPA, Exodus Porter, Blue, LowRYEder and Georgia Brown. SweetWater also features a Catch and Release series of beers available on a limited basis throughout the year, and an experimental, one?time?only Dank Tank series. The SweetWater Brewery, open for tours every Wednesday, Thursday and Friday from 5:30?7:30 p.m. and Saturdays from 2:30?4:30 p.m., is located at 195 Ottley Dr NE, Atlanta GA 30324.