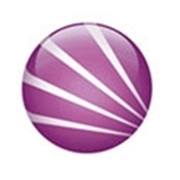 NEW YORK — SurePure, Inc. (OTC: SURP), a global leader in liquid photopurification, has, in conjunction with a Cape Town, South African craft brewer, announced the successful execution of what is believed to be the world’s first successful trial of the application of a photopurification process to the brewing of craft beer.

Earlier this month, the brewer successfully brewed beer with a liquid adjunct using microbrewery equipment. Using the patented SurePure technology to produce a microbially stable liquid adjunct, which was added post the brewing process, yielded up to 30% more fermentable extract using the same amount of energy as conventional brewing. The increase in fermentable extract leads to an even greater increase in the amount of beer produced.

Craig Groeneveld, master brewer and international brewing consultant who supervised the trials stated, “The SurePure process opens up new vistas for small, volume-constrained craft brewers. Being able to get effectively 50% more saleable beer out of the brew process offers small brewers the bridge between nano-brewing and micro brewing with minimal brewhouse investment. It stays true to the craft brewing ethic of using only natural raw ingredients and traditional brewing methods.”

Not only were there significant volume improvements, but the energy and product cost per pint of beer decreased as the SurePure system operated at ambient temperature without heat. Along with this, product quality and consistency improved, as well making greener and less expensive beer an attractive proposition for micro brewers to consider.

About SurePure
SurePure is a global leader in liquid photopurification, the green alternative to pasteurisation and chemicals. Using its patented ‘Turbulator’ technology, SurePure systems use UV-C light to purify microbiologically sensitive liquids such as wine, fruit juice and milk. Although designed to deliver food-grade solutions, it can also be harnessed to improve processing liquids such as water, brines and sugar syrup solutions, even animal blood plasma. SurePure’s technology offers greater microbiological efficacy than conventional UV systems and is effective for both clear and turbid liquids, a world first. SurePure offers a greener alternative to comparable heat or chemical-based processes and significant process and energy savings. It also provides opportunities for the development of innovative and differentiated products with desired consumer benefits, guaranteed food safety and sound commercial benefits. Go to www.surepureinc.com for more information.