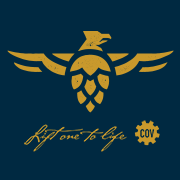 When Stone Brewing first turned to crowdfunding by launching an Indiegogo campaign to help finance its brewery expansion projects this past summer, the company also triggered a maelstrom of anger, with people appalled that a profitable brewery would turn to its fans to ask for a handout. The squall of vitriol, though, was a mere sunshower when compared with the cash that rained down on the brewery. In just over a month, after shifting the focus of the campaign to an “exclusive presales event,” Stone successfully raised $2.5 million, more than doubling its initial stated goal.

While that was the country’s tenth largest craft brewery, smaller, pre-operational companies have also taken a liking to crowdfunding. Websites like CraftFund have popped up in response to the growing number of startup operations turning to prospective consumers to help land financing, and currently, there are at least 20 active brewery campaigns on Kickstarter. While some crowdfunding efforts have been more successful than others, three of the most successful brewery campaigns on Kickstarter, run by Braxton Brewing, Tributary Brewing, and Modern Times Beer respectively, have all had quite a few things in common.

Perhaps most importantly, if not a tad paradoxically, all three proposals were already fully funded. If they didn’t raise a dime on Kickstarter, they were still going to launch. So why do it?

Jake Rouse, co-founder of Braxton, would not disclose how much money the company had secured prior to launching its Kickstarter campaign, but said the whole thing really “wasn’t a money play.”

“We raised plenty of money,” he said. “It was all about marketing and, honestly, identifying 300 of our best customers prior to launch, and building a relationship with them, and finding out from them what is it you want to see in the brewery?”

Braxton’s campaign ended up the most backed brewery project the platform has seen to date, raising just shy of $72,000 on top of its goal of $30,000. Rouse said he anticipates opening in the first quarter of 2015 in Covington, Ky.

Prior to launching its own Kickstarter campaign, Tributary had already paid for brewing and cellar equipment and started construction on its facility. Husband-wife co-founders Tod and Galen Mott were instead focused on raising money for what they called “ancillary” equipment for the brewery, which opened in Kittery, Maine two months ago.

“When we started crowdfunding, we did have the equipment in place and we did have the build out under construction,” said Tod Mott. “We realized we could generate more money or get another loan, so it was really important that we had that credibility. That was sort of the proof that we were in fact going to go forward.”

Galen Mott followed that up, advising prospective crowdfunders to not “put all your eggs in one basket.”

“Don’t try to do the whole thing with Kickstarter,” she said. 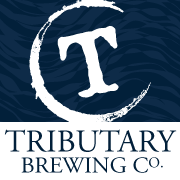 It was the same for Modern Times Beer out in San Diego, which had raised more than $1 million through capital and equity before running its own campaign and opening last summer, according to founder Jacob McKean.

“It was a multi-pronged approach to financing. The amount of money we raised through Kickstarter was gravy on the potatoes,” he said. “Most of the work comes before you launch, that’s how you guarantee success.”

That’s a stark contrast to the fully-funded campaign run by Wilderness Brewing in Kansas City, Mo. The company hadn’t found a home when it raised more than $40,000 three years ago, and it still has yet to launch — nailing down a location has proven to be a big hurdle.

“Please believe me when I say that broken agreements, various ordinances, and dashed hopes are not an easy thing,” wrote co-founder Mike Reinhardt in an August update to the campaign, in which he also apologized to frustrated backers for the delay.

Foundations of existing support weren’t the only distinguishing features of the campaigns run by Braxton, Tributary, and Modern Times, however. All three agreed a thoughtful, unique, calculated reward system was crucial to their success. Glassware is great, but they knew they had to differentiate their respective reward systems. After all, unlike an app you might be supporting through crowdfunding, you can’t download a pale ale from across the country.

For $50, McKean offered Modern Times backers a 90-minute webinar in which he explained to buyers how he started the brewery, went over his business plan, budget, fundraising, legal issues, equipment selection, building out, licensing, and more. For $50 more, backers could add the reward to any other tier of support they bought into. McKean said such a reward worked because it spoke to people who were also interested in starting a brewery of their own. It answered the critical question, “Why would I donate money to a project on the opposite side of the country?”

Tributary learned quickly that weekends in the summer were a relatively dead period. During those times they would “up the ante” with their rewards, according to Galen, “to create another surge.”

The three companies also placed a heavy emphasis on communicating with their backers and keeping people up with the latest updates on the project. For Braxton, that meant Friday emails detailing weekly progress. Tributary fancied personalized thank you notes for backers. Modern Times, mirroring the sentiment of its own name, worked diligently to build an engaging presence on social media. Though their specific methods varied, they each championed transparency in their communication efforts. 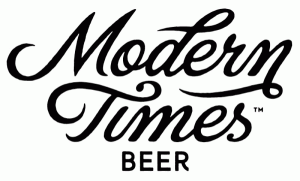 Not everything was rosy on the crowdfund trail though. Rouse warned that for businesses considering it as a route to launching, it’s important to think bigger than what might seem necessary.

“For us, we planned on 300 [backers],” he said. “We’re looking at ourselves already, we have to ship close to 700 items. That’s a big commitment. That’s probably a week with our entire team doing nothing but that. Take what you were going to plan and double it, honestly.”

McKean agreed, adding it was “a major undertaking,” one that took Modern Times a full year, to fulfill its promises on the reward front.

Despite the possible headaches associated with doling out rewards or keeping hundreds of backers informed of your progress, there’s a legitimate reason though to the crowdfunding route.

As chuckled in unison by the Motts: “Free money!”