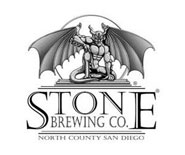 ESCONDIDO, CA – Just weeks after entering the Minnesota marketplace with a week-long string of epic kick-off events, San Diego County’s well-respected Stone Brewing Co. is set to do it all over again for the fine folks of Missouri. Stone is known far and wide for its bold, flavorful beers such as Stone IPA, Stone Ruination IPA and the highly revered Arrogant Bastard Ale.

Not any more! Starting April 18th, Missouri will become the 35th state where Stone Brewing Co. beers are distributed, making the entire line-up no farther than a stone’s throw away. (Bad pun intended.)

“There’s a fantastic craft beer scene in Missouri; of that, there is no doubt,” explains Greg Koch, CEO & Co-Founder of Stone Brewing Co. “The St. Louis chapter of the Master Brewers Association of the Americas invited me out to speak to their group last year, and I made sure to stop by the Schlafly Tap Room afterward. Besides having some amazing beer, I got to meet some great people who were very passionate about getting Stone in their hometown.”

Koch is happy to be headed back to the Show Me State, and he’s planning quite a fiesta. Close to 20 events are scheduled throughout Kansas City, St. Louis, and Columbia from April 19-23, including bottle signings, Total Tap Tower Takeovers, and more. “Expect to see some extra-special beers. Vintage selections, barrel-aged variationsÔÇªthe stuff beer dreams are made of.”

Brian Dix, beer director of Major Brands, Stone Brewing Co.’s chosen distributor, exclaims, “I can’t express how excited we are to represent Stone Brewing Co. in the state of Missouri. When we are able to represent a brewery with such a strong combination of incredible beers, staff and standards it raises the bar for all of us. It will be Christmas in April for Missouri beer lovers!”

More information and the entire list of Stone Week: Missouri events can be found at http://www.stonebrew.com/stoneweek