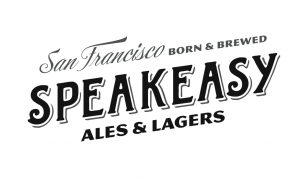 San Francisco, CA — Speakeasy Ales & Lagers, a regional craft brewery that has been legit since 1997, welcomes Katie Wescott as its Director of Sales. Katie joins the Speakeasy Mob after a long and successful journey with the MillerCoors network — most recently as Regional Manager for Tenth and Blake — and has substantial skills and experience that align with the brewery’s aggressive growth trajectory. Speakeasy has grown its production and sales by 50% in each of the past two years, and 2015 will include the unveiling of the new San Francisco brewhouse, which will increase production capacity up to 90,000 barrels.

“We are pumped to have Katie leading our sales team,” exults Founder and CEO Forest Gray. “She has great experience and insight regarding execution strategy and the way that she approaches sales is outstanding.” Gray continues, “We have so much going on right now and we’re really excited to have Katie joining our family. She is someone who is passionate about craft beer, a high-level thinker, a great manager and someone who can keep up with our growth.”

Katie will manage Speakeasy’s expansion plans and growing sales team in 11 states and 5 countries encompassing 45 distribution partners. “This is a very exciting time for Speakeasy Ales and Lagers,” says Katie of the expansion. “I am honored to be welcomed by the Mob and am more than confident we will bring the brewery to the next level.”

Since 1997, a wily band of bootleggers were inspired to bring their exceptional brews from the underground to the masses, defiantly producing small batches of beer in a secret warehouse in San Francisco. Starting with a single, iconic beer—Prohibition Ale—Speakeasy now brews a wide array of acclaimed beers including Big Daddy IPA, Metropolis Lager, Payback Porter, Double Daddy, Scarface Imperial Stout and many more. Now distributed across the entire West Coast and major markets across the country, Speakeasy has grown by leaps and bounds, yet still produce many of their beers on the same hand- cranked, steam-fired brewhouse that started it all.