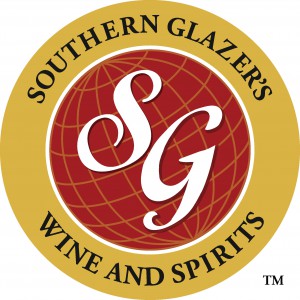 Harvey R. Chaplin, Chairman of Southern Glazer’s, said, “We are very pleased to complete the combination of our two family-owned, industry-leading organizations. We look forward to building on our combined track record in providing our supplier and customer partners with exceptional service and valuable insights—from Canada to the Caribbean, and coast to coast.”

Bennett Glazer, Executive Vice Chairman of Southern Glazer’s, commented, “Southern Glazer’s is ideally positioned to build on the proud legacies and best practices of our companies to provide unmatched value and superior service for our business partners. Bringing together the best of our organizations has been a valuable process that will continue to clearly differentiate us from the competition.”

Wayne E. Chaplin, Chief Executive Officer of Southern Glazer’s, added, “We like to say that ‘big is the new small,’ by which we mean that Southern Glazer’s new structures, resources, tools, and capabilities will serve customers and suppliers in more tailored and impactful ways than ever before. We have built a unified and experienced leadership team that is truly world-class, drawing from the best of both Southern and Glazer’s and elsewhere. In the months and years ahead, our single highest priority will be working together seamlessly to be the distributor of choice for our valued suppliers and customers.”

Shelly Stein, President of Southern Glazer’s, concluded, “Many of our collective employees and advisors have worked extremely hard to get us where we are today. We are fully prepared to operate as one integrated company and we look forward to continuing a smooth and efficient process of combining our two great companies. We are on track to fulfill our mission ‘to be the world’s preeminent selling, logistics, and data insights company for alcoholic beverages.'”

Southern Glazer’s Wine and Spirits, LLC is North America’s largest wine and spirits distributor, and the preeminent data insights company for alcoholic beverages. The Company has operations in 44 U.S. states and the District of Columbia, Canada, and the Caribbean, distributes more than 150 million cases of wine and spirits annually, and employs more than 20,000 team members.