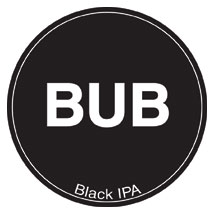 GORHAM, ME – Sebago Brewing Company is pleased to announce the release of their newest Single Batch Series Beer, “BUB“.

BUB hails from where the heart and hops are. It was created by longtime bartender Tiff Caron. Those who know Tiff know of her passion for craft beer. Tiff’s friends and bar regulars are often affectionately called BUB. Originally BUB was just a small 31 gallon pilot brew released for Halloween but it was so good that has been brewed for a larger release.

BUB is full of roasted and caramel malts that balance out the huge portion of hops. It is big in flavor and dry on the finish. Don’t be surprised when you’re asked “Whatcha drinkin’ BUB?!?”.

BUB is a limited release Single Batch Series beer, available now on draft only at all Sebago Brewing Company locations and pubs and restaurants throughout New England.